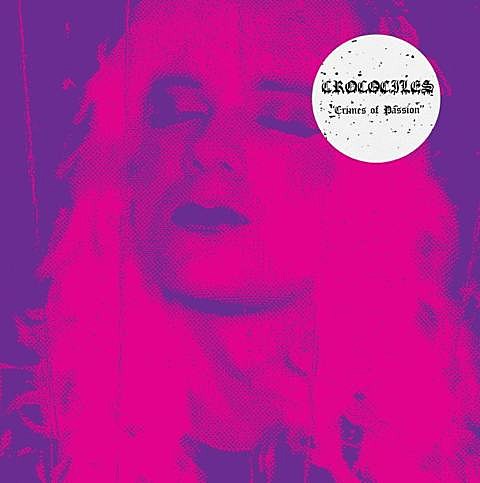 Though Brandon Welchez and Charles Rowell of Crocodiles are now separated by the Atlantic Ocean (NYC and London, respectively), the distance hasn't slowed down their output. The duo will release their new album, Crimes of Passion, on August 20 via Frenchkiss which comes right at a year after 2012's Endless Flowers. That's the cover art above.

For this one, they enlisted Raveonettes main man (and frequent Dum Dum Girls collaborator) Sune Rose Wagner to produce. This probably isn't how it went down, but I imagine Crocodiles playing him their demos and, after a long pause, Wagner says, "More organ." It's woven throughout first single "Cockroach" (downloadable above and streamable below) and it's front and center on the album's title track. You can check out the video for the latter, which makes its premiere below.

As mentioned, Crocodiles have two shows in Brooklyn this weekend. On Friday (6/7) they play Music Hall of Williamsburg with Japandroids which is one of the Governors Ball afterparties and sold out. Then on Saturday (6/8) they play Union Pool with drag review Chez Deep. Tickets for that are still available.

After their stint with Japandroids, Crocodiles head to Europe. Updated dates are listed, along with the new video and Union Pool show flyer, below.

Crocodiles - Crimes of Passion tracklist:
1. I Like It In The Dark
2. Marquis De Sade
3. Cockroach
4. Heavy Metal Clouds
5. Teardrop Guitar
6. She Splits Me Up
7. Me and My Machine Gun
8. Gimme Some Annihilation
9. Virgin
10. Un Chant D'Amour 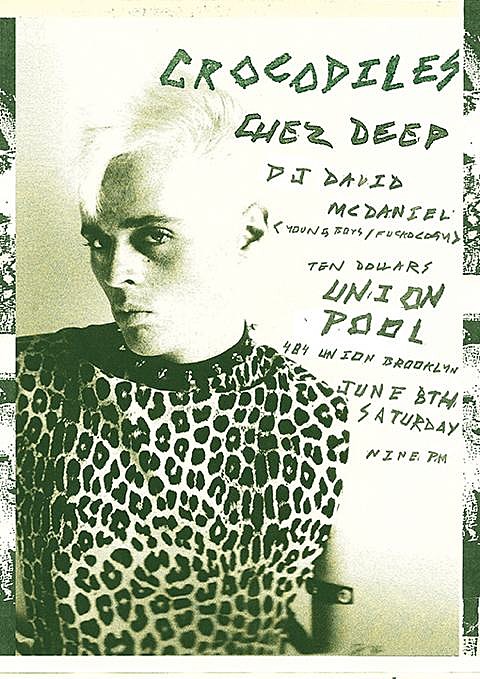