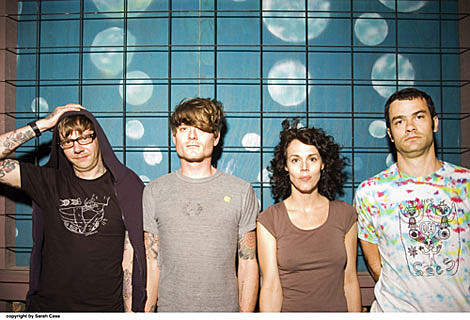 The post-SXSW music flood has yet to show relief and this week might actually be more jam-packed with goodness than last. Where to start?

Kings of San Francisco's fertile garage rock scene, Thee Oh Sees are back in town for two shows this weekend in what I'd have to call unlikely venues for the band. Thee Oh Sees are not exactly fond of playing on stages, as I've only ever seen them set up on the floor, so I'm not sure how they're going to handle it at The Bell House (4/4) and Mercury Lounge (4/5). Regardless, if they're anywhere near as good as they were at the Todd P/Woodsist party during SXSW it'll be a great time. John Dwyer is an intense frontman, flinging his guitars around and likes to get very intimate with his microphone for maximum in-the-red levels. Speaking of, In the Red is releasing Thee Oh Sees' great new album, Help, and while it's not in shops yet, it should be available at the merch table this weekend. Go see them. 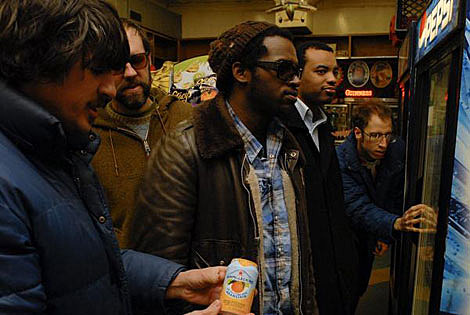 Michigan's Tyvek are playing three shows this week, starting tonight (3/31) at Cake Shop. There is certainly no shortage of this kind of low fidelity, high attitude punk being made right now, but these guys do it better than most I think. The band, who keep changing the spelling of their name (Their Myspace currently has it as "Tyvjk"), are due to drop their debut full-length on Siltbreeze any minute now, so maybe they'll will be selling it at these gigs.

Tonight's show at Cake Shop is for the venue's "World's Birthday Party" parties held on the last day of each month. Tonight is curated by Peggy of Pains of Being Pure at Heart and Chuk Reutter of Gold Dust who will be playing their last-ever show tonight. Also on the bill: San Francisco's gothy New Thrill Parade (they sound more than a little like The Birthday Party), and two ca-USE co-MOTION offshoots (Extreme Violence and The German Measles). If your birthday is in March, it's free entry plus two drink ticket and a "gift" and cake. All others pay $7. Tomorrow (4/1) Tyvek play Death by Audio with local folkies Woods (whose new album, Songs of Shame is pretty darn good) and then on Thursday (4/2) opening for Asobi Seksu at Bowery Ballroom. 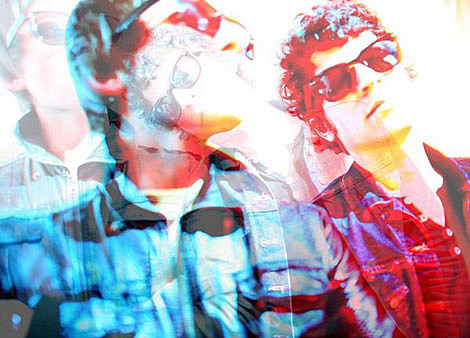 Also on that Asobi Seksu bill are San Diego scuzz-rockers Crocodiles who put out a JAMC-loving single "Neon Jesus" last year and will release their debut album on April 28th via Fat Possum. Two songs from that album (as well as "Neon Jesus") are available over at RCRD LBL and show they also seem to like Spacemen 3 a lot too. I missed them at SXSW so I can't say whether they're good as a live band or not (editor's note: I liked what little I saw of them), but I'm guessing it's gonna be two guys, a drum machine and a truckload of feedback and reverb (editor's note: YES!). Which is okay by me. In addition to the BB show, Crocodiles also play Pianos on Saturday night (4/4) with the aforementioned New Thrill Parade and L.A.'s pummeling duo Tweak Bird (who BB most recently caught at SXSW).

A few more shows to mention (and all tour dates below): 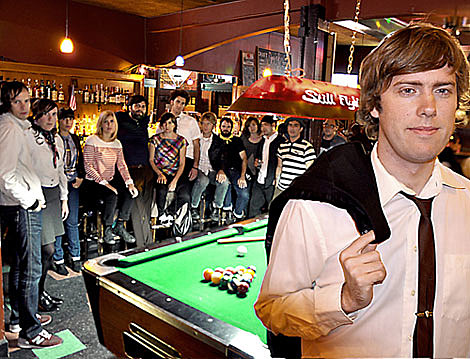 There are a lot of Californians in town this week. San Francisco's Still Flyin' are here for two shows and rival both I'm From Barcelona and The Polyphonic Spree for positivity and most members on a single stage. There were around 15 of them when I saw them in Austin two weeks ago (which might have been more than were in the audience) and their horn-heavy, up-with-people party band vibe is pretty infectious. Still Flyin' play Union Hall on Friday (4/3) and Cake Shop on Sunday (4/5). 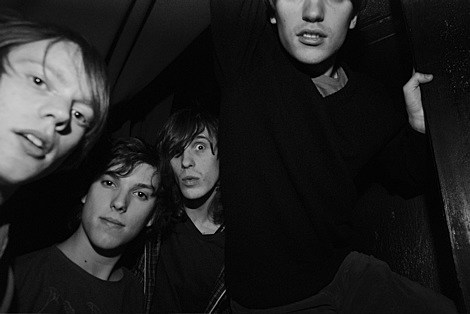 I don't think SXSW did any favors for Late of the Pier, or vise-versa (all reports I heard were not flattering) but I still say their CMJ shows were great, and given the more controlled environments of Bowery Ballroom (4/2, tix) and Studio B (4/3, tix), the band should be back in their element. Both shows are with the somewhat ridiculous but fun Mancunians The Whip. 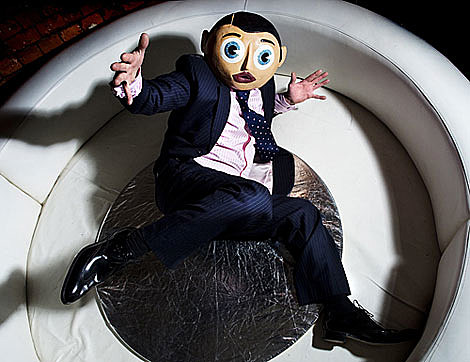 And lastly, but not leastly, Frank Sidebottom is back in town bringing his own peculiar brand of weirdness to a bunch of shows over the next week or so. For more info, I wrote about him last year when he visited NYC. He's one of a kind.

Still Flyin - "Good Thing Its A Ghost Town Around Here"

Late of the Pier - "Focker"