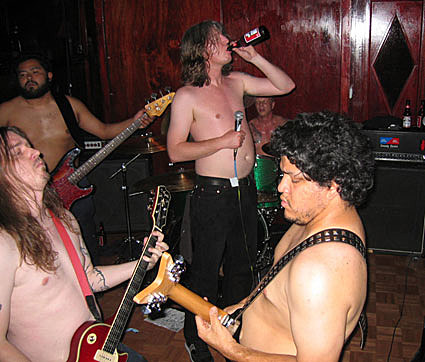 Instead of going on and on about Crom, who are playing late tonight at Cake Shop with Villains (doors at 12AM), I figure I will let Crom's guitarist Phil Vera (ex-16 and Despise You) try and persuade you:

....In other words, the average person at a Crom show is...
Fat kids, the associated press, train-jumping crusties, nothing worth fucking, and the spirit of beerwolf.

Dude, come on.
I know this sounds like a joke, but it's totally fucking true.

OK, maybe that didn't work.... but imagine if Girl Talk decided to splice together some of the greatest metal riffs of all time, add in some sludge-grind of his own (thats a fun thought), and interweave the whole thing with Conan The Barbarian samples.... thats kinda what you would get with Crom.

Yes, I just mentioned Crom and Girl Talk in the same sentence.

Crom's sample-heavy metal assault is scheduled for a live WFMU "sesh" before skipping around the east coast and finally to Rockstar Bar in Brooklyn on Sept 13th (the same day as Lightning Bolt & Krallice). All dates below... 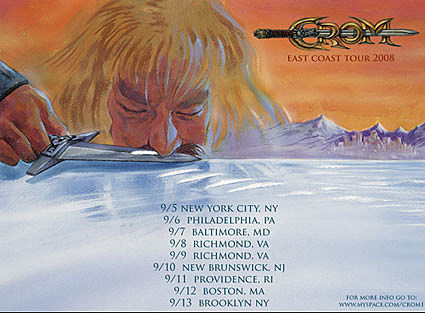