CSN at Beacon Theatre in 2012 (more by Dana (distortion) Yavin) 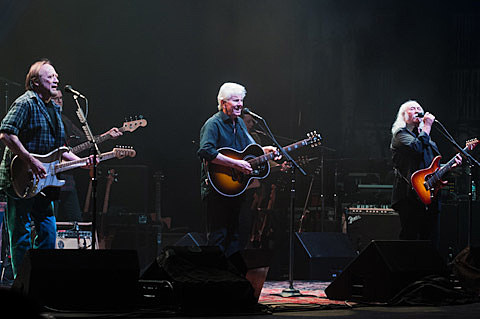 Legendary folk trio Crosby, Stills & Nash are touring this year and hitting the NY-area for multiple shows, including two at NYC's Beacon Theatre (7/8 & 7/9). Those shows are almost sold out, but the band have now added a third show happening at Beacon Theatre on July 11. Tickets for the newly-aded show go on sale Friday (4/25) at 10 AM with Live Nation/Local/VIP Package presales starting Wednesday (4/23) at 10 AM. You can grab tickets to the other two Beacon Theatre shows here.

Updated dates, including new Oregon shows too, are listed below...