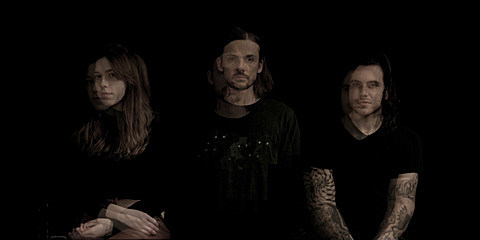 Canadian heavy psych riffmongers Crosss are gearing up for a short East Coast tour next month that has them dropping below the border for two NYC shows: February 21 at Cake Shop with Toronto's Cellphone and then February 22 at Union Pool with the rest of the lineup TBA. All dates are listed below.

Crosss released a 7" last year but haven't had a full-length out since 2013's Obsidian Spectre. They've got an album on the way later this year, so stay tuned for details. Meanwhile, you can stream both of those previous releases below. If you enjoy doomy riffs but always wanted to hear more traditional indie rock vocals paired with them, Crosss have you covered.

As for Cellphone, the band make crazed psych-punk that sounds like pure mayhem -- somewhere between MC5, Motorhead and the Dead Kennedys. (But with synthesizers in the mix as well.) Their new album, "Excellent Condition", was just released via Toronto's fine Telephone Explosion label and you can stream it below.