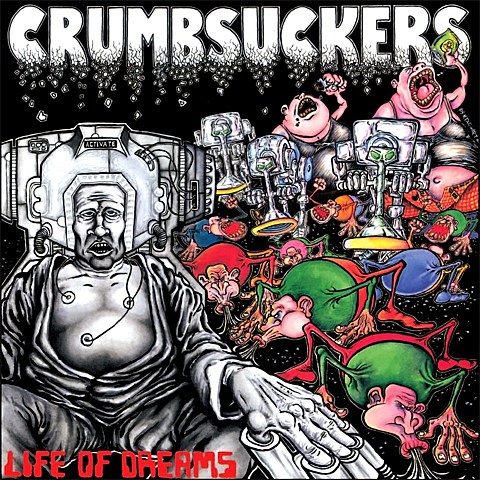 Like New York City contemporaries such as Agnostic Front and the Cro-Mags, the Crumbsuckers were one of the original purveyors of 1980s crossover: the bridging of metal and hardcore that temporarily united the two divergent tribes of metalheads and punks into one bloody unified mosh pit. Getting their start in 1983, the band were soon an integral part of New York's Lower East Side-based hardcore scene, cutting their teeth at the legendary dive A7 before moving on to CBGB's famed Sunday matinees, as they and the movement gained strength. [Allmusic]

Long Island crossover thrash vets The Crumbsuckers last reunited for their 20th anniversary in 2006, and they'll be regrouping yet again for this year's Black N' Blue Bowl, the annual NYC hardcore fest happening May 16 and 17 at Webster Hall.

Since we last spoke, more bands were added to BNB Bowl, including Candiria, Madball, Dave Smalley (performing Dag Nasty, Down By Law and All Songs), The Rival Mob, Fury of Five, Devil In Me and Booze & Glory. They join other previously-announced bands such as Sick Of It All (who also play NateFest). Ticket info still TBA. Updated lineup below.

In related news, Richmond, VA's United Blood Fest was announced for March 27 & 28, the weekend after NateFest. It happens at The Canal Club with Judge and Breakdown (who both played BNB Bowl 2013), plus Code Orange, Cold World, Terror, Rotting Out, Give, God's Hate, Heavy Chains and more. Full lineup below. Breakdown's only other announced show at the moment is opening night 1 of No Warning's reunion shows in NJ.