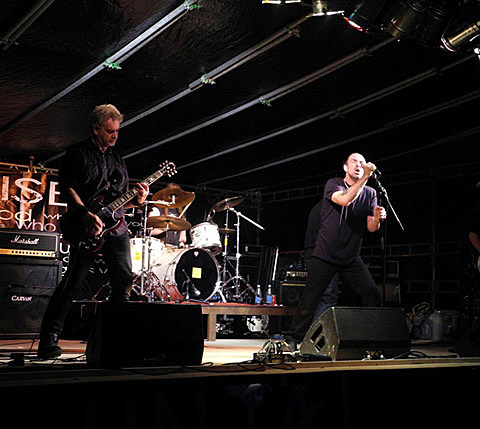 For crust legends Antisect, who originally split in 1987, the just-announced Chaos in Tejas show is one of a a few dates scheduled including a stop in NYC on June 9th. More details are forthcoming, but meanwhile you can check out the announced list of cities and dates below.

The band is poised to re-release their 1983 debut In Darkness, There Is No Choice via Southern Records and are preparing a limited edition 10" of unreleased and rerecorded material which the band will have at live shows.

The band issued the following statement regarding their reformation:

24 years ago, we had lived through the first part of our adult lives. 24 years later, we've grown up, (a little) and have to deal with responsibilities and situations that simply didn't exist for us back then.

Read the statement in full at the Antisect site, and check out the band live (in video form) along with all tour dates below...