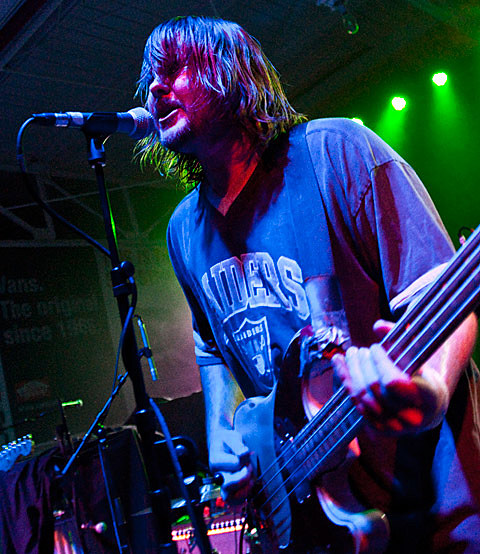 Long Beach rockers Crystal Antlers are set to release their third album, Nothing Is Real, on October 14 via Innovative Leisure. It's the followup to 2011's Two-Way MIrror and 2009's Tentacles. Check out the video for first single "Rattlesnake," directed by C.R. Stecyk III (Lords of Dogtown), at the bottom of this post.

Crystal Antlers have also announced a tour, which kicks off right after the album's release, and comes to NYC for a show on October 28 at Glasslands. That show is with another group who rawks, The Dirty Nil, one of the Canadian bands Greys told us they're fans of. Tickets for the Glasslands show are on sale now.

All dates are listed, along with that video and a Dirty Nil stream, below...