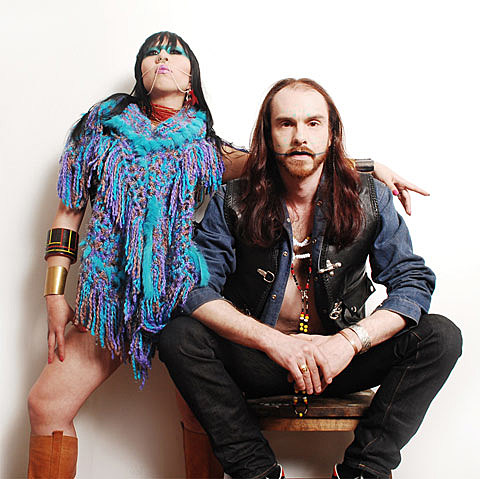 While the pull of the Northside Festival will keep a lot of us in Williamsburg, one of the cooler events of the weekend is happening in Bed-Stuy. DFA act The Crystal Ark perform at soul food restaurant/disco The Sugarhill Supperclub on Friday (6/17). Tickets are $15 in advance or $20 at the door.

The Crystal Ark is DFA mainstay Gavin Russom and visual artist Viva Ruiz, who will be backed by a 9-piece ensemble including DFA DJ and engineer Matt Thornley, DFA bassist Tyler Pope and percussionist Alberto Lopez. There will also be (according to the press release): a slew of DJ talent, including Venus and $hayne of GHE20 GOTH1K and Saheer Umar (House of House); custom lights and visual effects courtesy Bec Stupak (Deitch Projects, Whitney Biennial) and Johnny Woods of Honeygun Labs, as well as choreographed dances by Alberto Cortes and Irene Discos and improvisational interludes.

You can check out a stream of The Crystal Ark's new single on DFA, "Touch," at the bottom of this post. In 2010 they also released two singles you may be familiar with, "The Tangible Presence of the Miraculous" and "The City Never Sleeps". You can also check out the video for the latter below.

This will be The Crystal Ark's third live performance. The venue is what makes this so interesting. Here's a quote from a Yelp review:

As stated in previous reviews, Sugarhill is a sort of time-warp alternate history version of New York in the 1970s-early 80s, or at least some time when gold trim, drop ceilings, burgundy pile carpet, hunter green accents, and statues of eagles were the height of sophistication.

The Sugarhill Superclub, also known as Sugarhill Disco, has also been host to some Rubulad parties in the past. Could make for a fun, surreal evening. Flyer for the show and songs are below.

And speaking of DFA shows happening in weird Brooklyn venues on Friday, The Juan Maclean and Justin Miller are playing a pop-up party at at Metro Community Laundromat. Admission to "Dirty Disco Laundrette" is a hefty $75, but includes open bar from 10:30pm-4am. 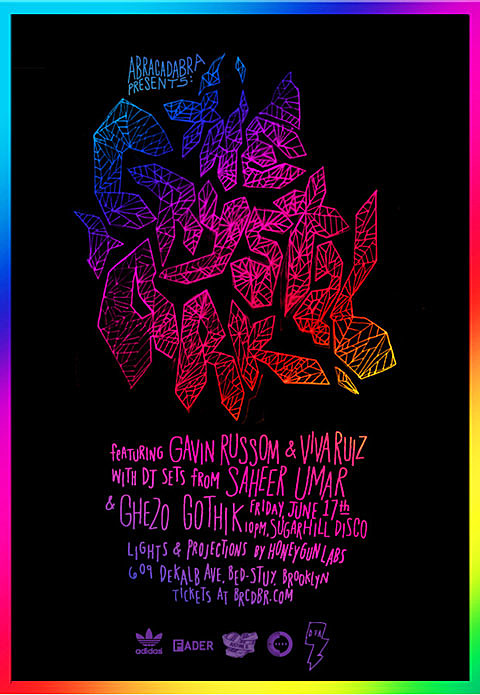