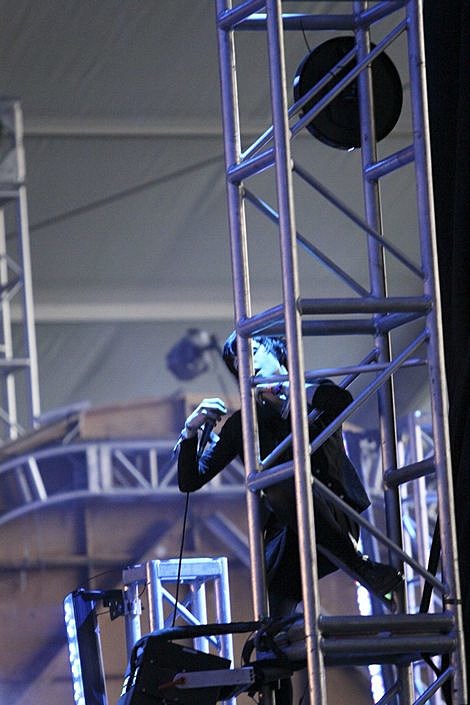 "Toronto synth-rockers Crystal Castles were involved in a melee with security while onstage in Barcelona early Sunday morning. Their show, part of the Sonar festival, had been marred by technical issues. At some point during the set singer Alice Glass went into the crowd and punched a security guard. She then climbed back on stage, and pulled out the kick drum and appeared to be about to heave it when a sound technician grabbed her. And that's when her bandmate Ethan Kath jumped in and rushed to her aid." [National Post]

and here it is from another point of view:

"alice glass try to sing as loud as she can but no one can dance... [shame on you:: sonar's sound technician!] " - says the person who posted this video

PREVIOUSLY: VEGA responds to Crystal Castles (after being accused of theft & kicked off later-cancelled Dallas show)