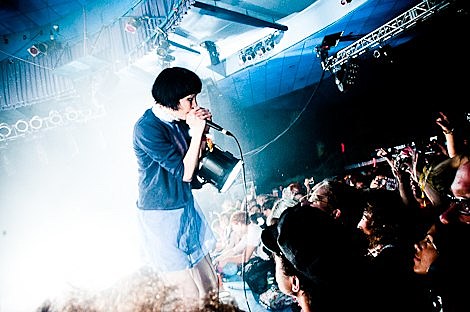 Crystal Castles will be playing NYC's Irving Plaza on April 14th with Pictureplane (and LA on April 12th). Tickets for that are gone, but now there are many more chances to see - love them or hate them - the electro duo. They'll be on tour in Europe with dates scattered throughout April, June and July, and then this August they'll be headlining a HARD Fest-organized tour along with Rusko, Sinden and Destructo. The tour's LA stop (at Los Angeles State Historic Park) happens on August 7th and also includes Soulwax, Diplo, Tiga, Digitalism, and Green Velvet on the bill. The tour comes to Terminal 5 in NYC on August 21st. Stay tuned for tickets. All dates below.

And yes that's the same HARD Fest (and the same Destructo) who were just at the same NYC venue with Major Lazer and Boyz Noise and... 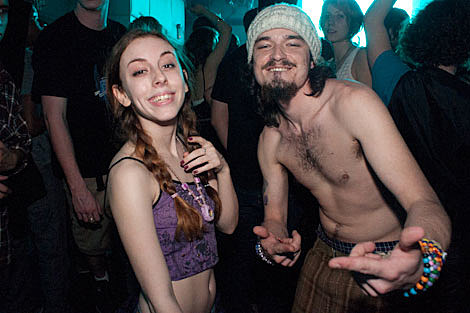 More pictures Zach Stern took at Saturday's show (like the above), at the link.

Both Crystal Castles and M.I.A. will be putting out new records this year (as will M.I.A.'s NYC opener Sleigh Bells). Crystal Castles also have a Record Store Day single, "Doe Deer," on the way.