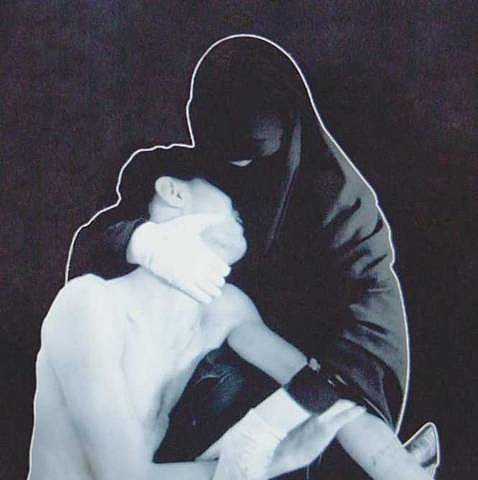 Crystal Castles' third album finally has a cover, which you can see above, and a title which is...wait for it... III. The album wil be out digitally on November 5 and one day later for physical formats (11/6).The Canadian duo have also released a new track from it titled "Wrath of God" and you can download it above and stream it below. There is also a video for "Plague" and you can watch that below as well.

As posted previously, Crystal Castles launch their North American tour this week and will be in NYC on October 3 at Roseland with Health. Tickets to that show are still avaialable but if you'd like to go for free we're giving away two pairs. Details on how to enter to win are at the bottom of this post.

On the West Coast, Crystal Castles will be touring with Toronto's Kontravoid, who play NYC TONIGHT (11/26, midnight) at the WIERD party at Home Sweet Home, which is also their US live debut. You can stream some Konatravoid tracks below.

A few new dates have been added to the Crystal Castles tour, and an updated tour schedule, video and song streams are below...