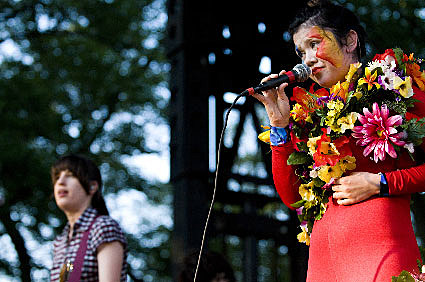 "Brazilian dance-rockers CSS somehow extended a single hour into what felt like the length of a presidential administration -- the Reagan years, thanks to the campy synths and canned drum tracks." [Back To Rockville]

Ouch. But wait...Why did you stay there the whole hour if it was so bad? Bloc Party was reppin' the Obama years on another stage during at least part of CSS' set, and Malkmus was playing on the MySpace stage at that time too.

Unlike last year, CSS actually played a set of music at Lollapalooza over the weekend. They played right after Grizzly Bear on the same stage. Ed Droste then hung around to watch their set before moving stages to watch Radiohead. More pictures below... 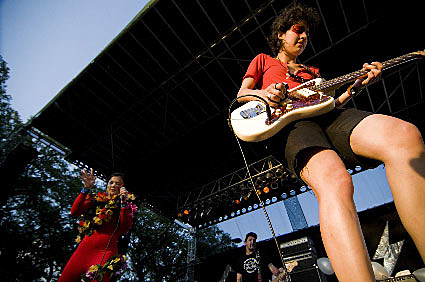 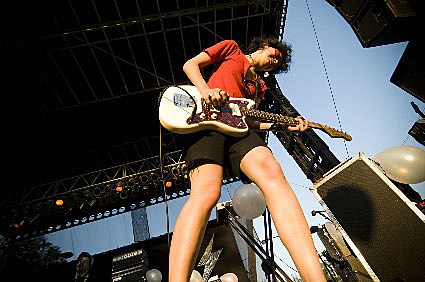 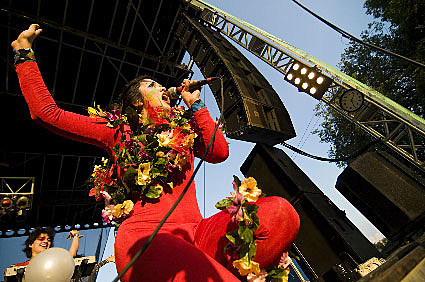 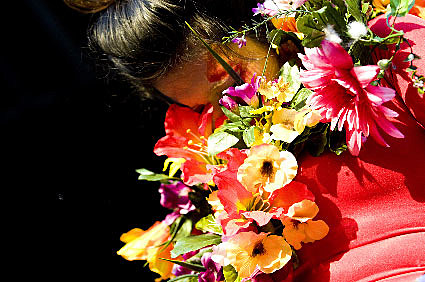 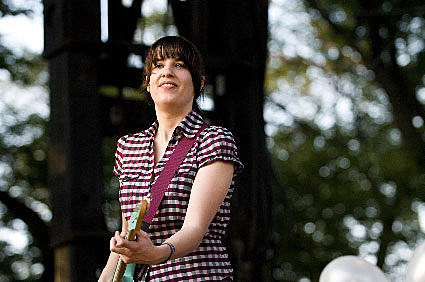 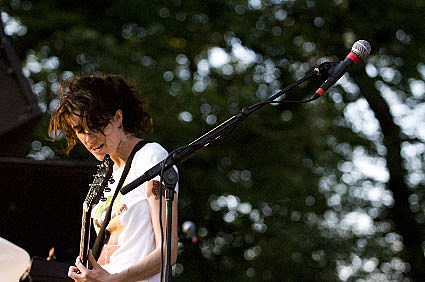 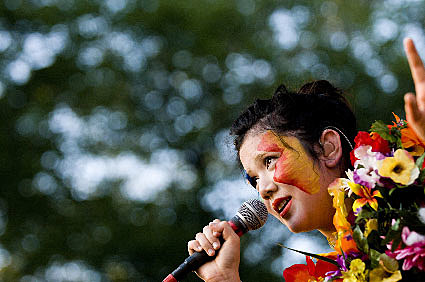 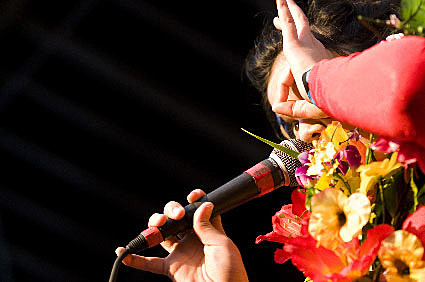 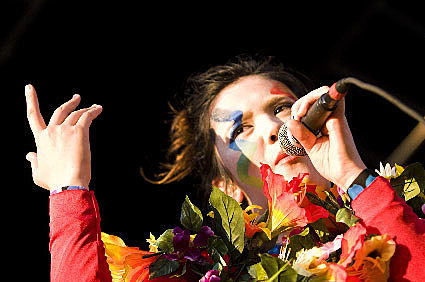 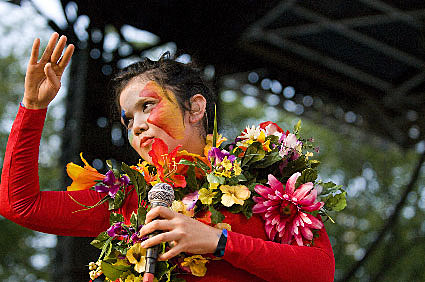 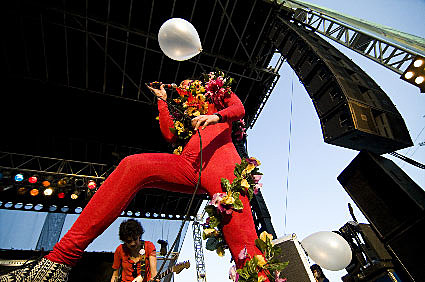 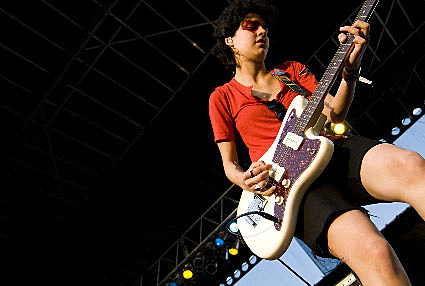 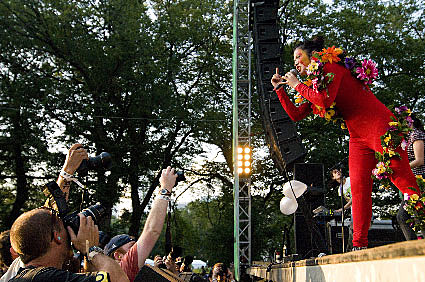 CSS' next NYC-area show is All Points West.