Dirty on Purpose, Shout Out Out Out Out, and CSS played a free show to a packed (see above) Studio B in Brooklyn Friday night (Aug 3, 2007). From there CSS was headed out to Lollapalooza, and from there they were heading down to play the Virgin Festival in Baltimore. Unfortunately, things didn't quite work out the way they planned...

Well, folks. Wanna read a story?
This is how things happened:
A couple of weeks ago we finished the first part of the crazy SUMMER FESTIVAL TOURS. So we were happy we were having some days off, yay! But we had to get our working visas for USA, so instead of going home, we went to Lisbon to get our visas issued. We statyed a couple of days in sunny Lisbon (yummy Lisbon), got the papers, rested for four days and came to US.
Yesterday we played our NYC gig, which by the way was very very very fun. The crew and a part of the band headed right after the show to Chicago with the bus (which didn't have enough room for everybody) and the rest of us went stayed one more night in NYC. We had a flight to Chicago eleven in the morning of the next day (aka today).
So we woke up very early, got an expensive taxi to the LaGuardia airport, checked in almost three hours before the flight and GUESS WHAT?
United Airlines oversold the flight and...
and...
they're very sorry cuz there's no other way for us to go to Chicago and play our gig! And they're also VERY SORRY cuz our luggages went to Chicago. And they're very sorry they ain't paying for our hotels here in NYC today, our cab, our fucking dignity. And by the way, they were the ASSHOLEST people I ever saw in my life. They treated us like shit. FUCK UNITED AIRLINES BIG TIME.
BIG TIME.
ASSHOLES.
ARSE-HOLES.

More frustrated MySpace messges by the band (and pictures) below.... 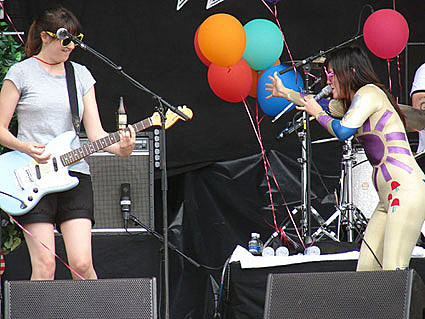 This was the first one:

We are at Laguardia Airport right now with our boarding passes, in front of the gate to the chicago flight but it seems this fucking airline sold way more tickets then they had seats so we cannot board.

And they just told us NOW. as we were boarding. NOT 2 hours ago, when we did the check in and still had time to try other companies.

So we might not make it to Lolapalooza.
I want to scream so bad right now.

This is so absurd. We are taking flights almost every day this summer and its the first time a air company treats us with such disrespect. 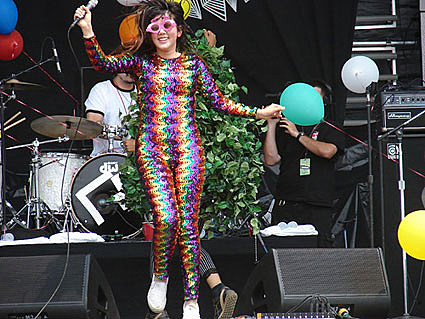 "Sorry miss, there is nothing we can do"

How can a airline company NOT be responsible for the flight they sold?

Let's sue United Airlines and befriends with Busta Rhymes
Are you a lawyer? Do you like us?
Did you read what United Airlines did to us?
Wanna talk?
Can you lend me some clothes? Please?
Please?

The Worst Part
Is that we came to US basically because of this invitation to Lollapalooza. 12 people traveling back and forth, getting visas and spending shitloads of money to make things happen. To play for people that want to see us.

See everybody tomorrow at V in Baltimore. 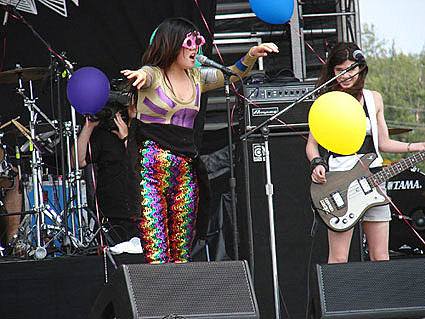