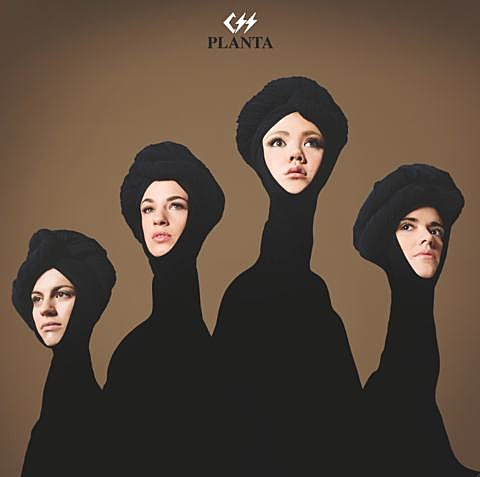 CSS' fourth album is titled Planta and will be out June 11 via SQE Music. That's the cover art above. The Brazilian band, currently a quartet following the departure of Adriano Cintra, made the record in Los Angeles with Dave Sitek. The album's first single, "Hangover," is a definite departure than the band's previous new wave-y sound and you can stream it below.

Further connections between Sitek and CSS happen this weekend (5/10) as the group play ATP in Camber Sands, UK which is curated by TV on the Radio. No formal announcement on a North American tour has been made but one seems to be forthcoming as CCS will play NYC on July 8 at Bowery Ballroom and July 9 at Brooklyn Bowl. Both shows are with IO Echo.

Tickets to Bowery Ballroom and Brooklyn Bowl go on sale Friday (5/10) at noon with an AmEx presale for Bowery starting Wednesday (5/8) at noon.

UPDATE (5/13): There's a full tour now. All current tour dates are listed below.

Filed Under: ATP, CSS, Dave Sitek, Lovefoxxx, TV on the Radio
Categories: Music News, tour dates
Comments
Leave A Comment
Watch the trailer for the ‘Meet Me in the Bathroom’ documentary
‘Meet Me in the Bathroom’ documentary in theaters and streaming this fall
Reverend Vince Anderson documentary screening in NYC (watch the trailer)
Yeah Yeah Yeahs announce new LP ‘Cool it Down,’ share “Spitting Off the Edge of the World” ft Perfume Genius
32 New Songs Out Today
Apple discontinues last remaining iPod