Okuté are an ensemble from Havana, Cuba who -- to quote their bio -- are "putting the spotlight on the sound of 1960s Cuba with a contemporary spirit." Their self-titled debut album comes out June 4 via Chulo Records, and it was produced by Jacob Plasse of Orquesta Akokán. Here's more background, via press release:

Okuté carves out a route nearly unspoken for decades in Cuban music. Improvised testaments to the requisite ingredients of West African music coursing through Cuban rumba and son are pressed straight to quarter inch tape on the ensemble's self-titled debut album, Okuté (Chulo Records: June 4, 2021). While listeners are used to expected chord progressions, jazz harmonies, and timba patterns from Cuban musicians of the past half century, Okuté subverts these expectations, breathing new life into the genre with the voice, tres, and bass taking center stage. Producer Jacob Plasse of Orquesta Akokán introduces authenticity of mid-20th Century Cuban music at its finest on Okuté, where ancient African undercurrents inform idiosyncratic compositions.

Okuté is as unfiltered as Havana itself, where lines blur between the sacred and profane, and between centuries and even millennia of melodies, rhythms and incantations. Lead singer Pedro "Tata" Francisco Almeida Barriel (pictured on the cover of Okuté) draws not only on traditional rumba, but also his deep knowledge of Arará, Abakua and Lucumi religious music. Tata's vocals cascade over the polyrhythms of the ensemble's famous percussionists -- the legendary Vizcaino family, Roberto Sr. and Roberto Jr., are joined by Machito and Ramoncito. Virtuoso trésero Coto and bassist Gaston Joya further lock into syncopations that conjure not only Arsenio Rodriguez (and his pioneering albums Quindembo Afro-Magic and Primitivo), but the changui of Eastern rural Cuba.

An ensemble of Havana's finest rumberos, Okuté presents constellations of sound -- rumba, son, the cadences of Orisha, palo, and religious Cuban traditions -- and weaves these styles into something intuitively its own. The Afrocentric conceptualization of Cuban music is the heart of Okuté’s guiding creative force. Vocally, Tata references traditions that are sparsely known beyond Havana’s secret societies and seamlessly integrates them into infectious refrains. The bata drums used in ritual Lucumí music, the trés in son montuno and bright trumpet lines often associated with a comparsa form a new, irresistible synergy.

We're premiering the album's new single "Quiere la Rumba," alongside a video short providing more background on the album, and you can check out both below. 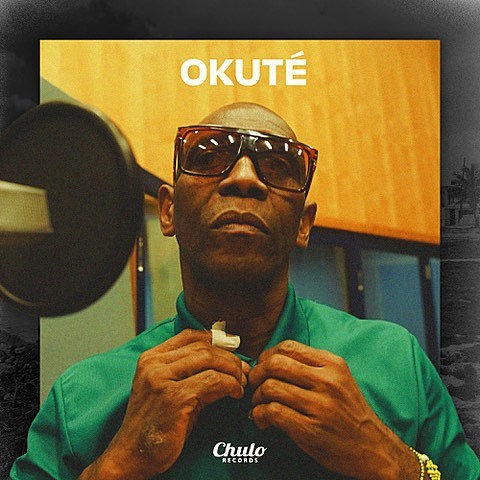 Filed Under: Okute
Categories: Music News
Comments
Leave A Comment
Back To Top