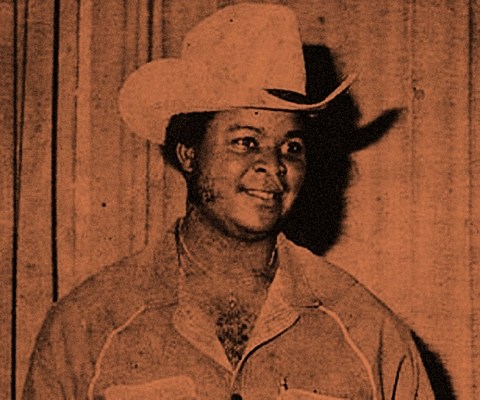 If Fela Kuti was a child of James Brown, fellow Nigerian William Onyeabor is something like the next-generation musical offspring of Parliament-Funkadelic. His songs are extended call-and-response disco-funk jams driven by the space-age sound of synthesizers and drum machines -- very new tools when Onyeabor was recording in the late '70s and '80s, especially in Africa. After years of existing mainly as secret grail passed between electronic music DJs and other crate diggers, Onyeabor's handful of studio LPs have been licensed and boiled down to a killer compilation by Luaka Bop, the tastemaking world music label started by David Byrne.

So who IS William Onyeabor? Part of the album's conceit is that even the compilers don't fully know. The liner notes, by veteran British journalist Vivien Goldman, note that Onyeabor is a crowned chief in his hometown village of Enugu, Eastern Nigeria, where he lives in "a hidden palace in the woods" and is a booster of the local Christian music scene. But he essentially left his own music career in the '80s, in the wake of the recordings collected here, presumably when he became a born-again Christian.

The above text is quoted from NPR, where you can head now for a full album stream of Who Is William Onyeabor?, the compilation of Nigerian cult-funk singer William Onyeabor's music which comes out on David Byrne's Luaka Bop label next week (10/29). The Guardian also just did a feature video on him, and mentioned that Four Tet, Caribou, and Damon Albarn are all fans.

Luaka Bop will be teaming up with OkayAfrica to celebrate with the release with some parties worldwide, including one in Brooklyn happening on Saturday (10/26) at Buka Nigerian Restaurant (945 Fulton St), plus an afterparty down the block at Doris (1088 Fulton St). There will be DJ sets from Steve Shelley (Sonic Youth), Lizzi Bougatsos (Gang Gang Dance), and Tim Koh (Ariel Pink's Haunted Graffiti). RSVP for all parties is open now. The full list of parties and the flyer are below.

The NYC party is one day after Steve Shelley and his former Sonic Youth bandmate Lee Ranaldo's band Lee Ranaldo & the Dust open for Kurt Vile at Terminal 5 (10/25) (tickets).

All William Onyeabor party dates are listed, along with trailer videos for the album and parties, plus the flyer, below... 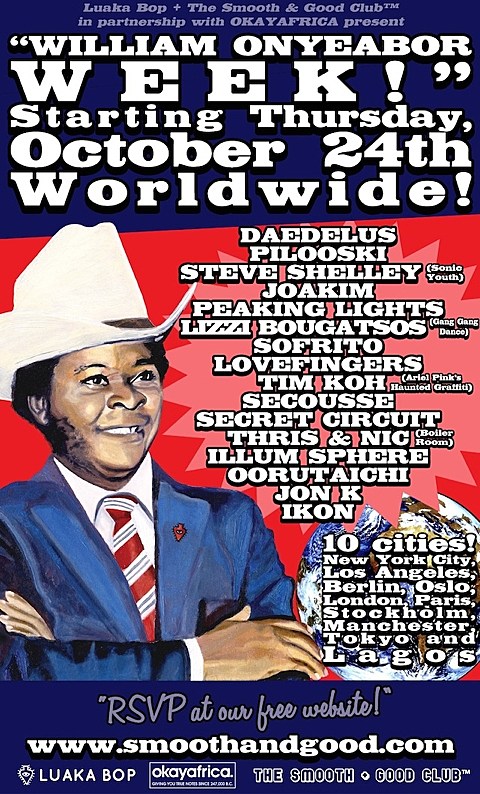