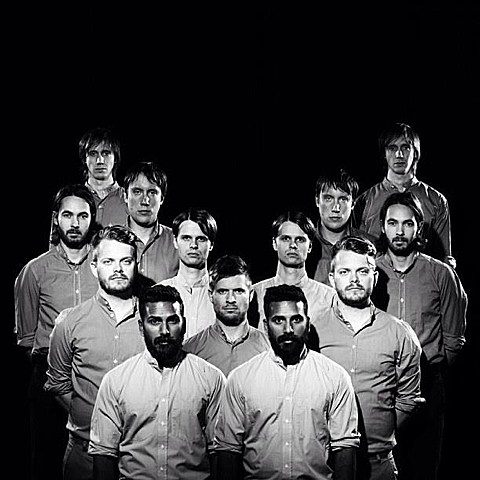 Swedish post-metallers Cult of Luna have consistently kept themselves busy since their inception in 1998. Over that 14-year period, they've released six LPs (including this year's Vertikal), two DVDs, a live album, and an EP, on top of countless tour dates.

All that building and crescendo-ing would tire any band out, and Cult of Luna are no exception. Earlier today, they announced -- or implied, given the oblique nature of the comment -- via their Facebook that they would be taking a hiatus from their busy schedule after next year's Beyond the Redshift Fest in the UK (which they're curating):

"The Beyond the redshift festival in London on may the 10th will be a very special show for Cult of Luna. It will mark the end of an era and after that we will slowly disappear before we reappear again in some form in some indefinite future.

Because of that Klas will join us on stage for the last time and we will play a whole lot of old songs which we haven't played for years or ever. We might ask for your help to choose songs. More on that later."

They clarified a bit a few hours later:

We are not quitting. 2013 have been a very active year for us and neither do we want or think it is good to continue in that pace. We will not be a band that put out an album every 18-24 month anymore. We did that for almost 10 years when we were younger and were able to focus more on the music. After "Beyond the redshift" we might do a festival or two but after that we have nothing planned. Maybe we'll release another album next year or maybe in a decade, we honestly don't know. Sooner or later we will return in one form or another. Cult of Luna will not die.

On another note, sooner or later we will go through our inbox and email. You will be answered.

So there you have it, however ambiguous and non-specific "it" may be. It might not quite be right to say that Cult of Luna have "gone on hiatus," given that the band hasn't specifically said that they're halting all activity. But at the very least, we can expect to hear a lot less from them after May of this coming year.

Stream Vertikal below if you haven't checked it out yet...