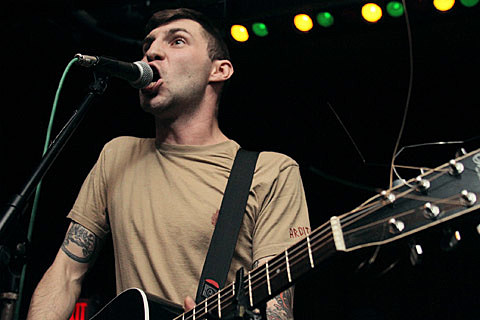 On Sunday night (12/10), Brooklyn's Cult of Youth played a sold out show at Union Pool, with support from Seattle's King Dude (who also played Europa), and new band Boca Raton (playing their first show ever).

After going through shifts in line-up throughout the year, Cult of Youth has settled comfortably as a four-piece and, though frontman Sean Ragon's creative vision remains the same, their live performance has transformed, too. With fewer members onstage, the natural assumption would be that the band's performance lacked some element of its previous manifestation. The presence of fewer members, however, did not come off as something lost, but something gained. The quartet had room to breathe, and not just literally. The stripping away made each member's contribution more vital, and turned the focus entirely on what makes Cult of Youth's music so awesome--the unrelenting, battle march quality of their songs, wrapped up with Ragon's snarling lyrical delivery. No matter what stage they take, CoY marries American folk and American disillusionment perfectly, and now--in their new, less cluttered form--that's clearer than ever.

Supporting band King Dude helped to solidify that sentiment, too. If the Johnny Cash crooning and folk-drenched guitar playing didn't make it clear enough, the tattered American flag washed in black certainly did: this was a band singing about the America found in sad, small towns off highways in the middle of endless plains or desert. When asked what the flag meant to him, frontman TJ Cowgill aptly replied, "Well, we're an American band." In spite of the questions their aesthetic (black clothes, slicked back hair, Perkins and Cash Xeroxes) may call up, there really is very little to wonder about King Dude... a band with a simple name, singing beautifully sad songs about simple things, simple people and a simple way of life.

More pictures from CoY/King Dude below. 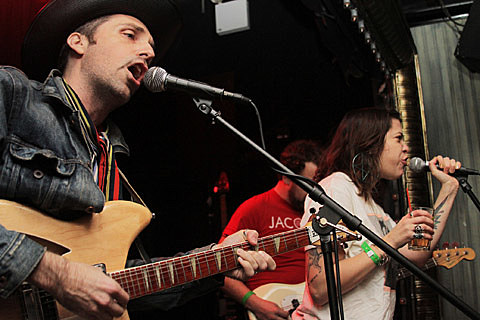 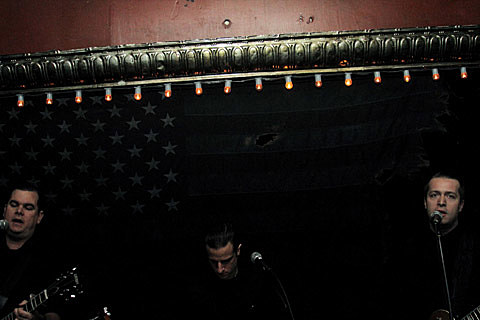 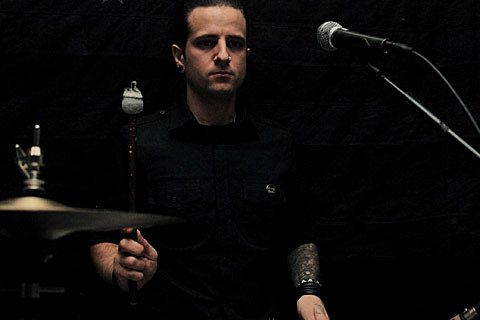 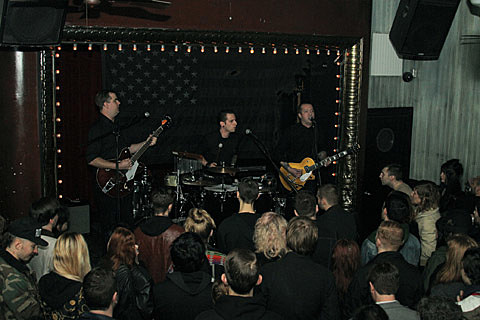 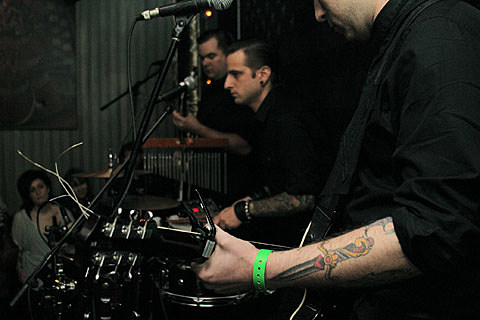 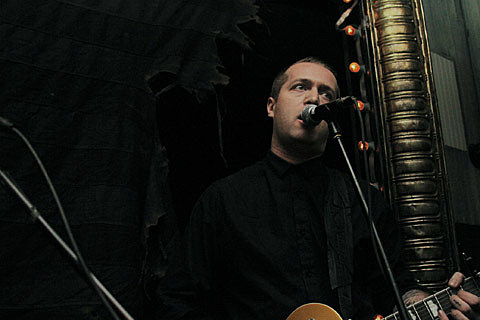 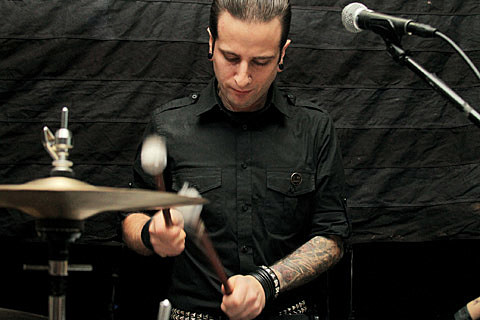 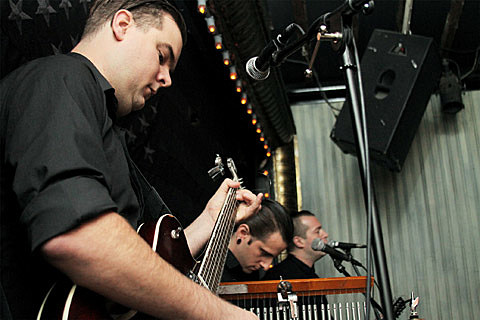 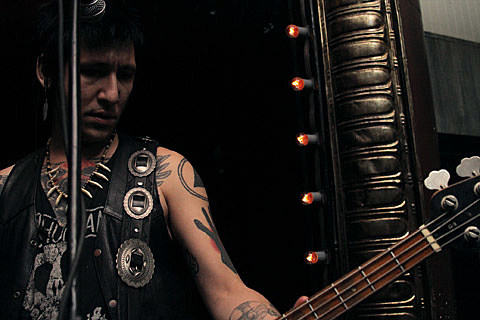 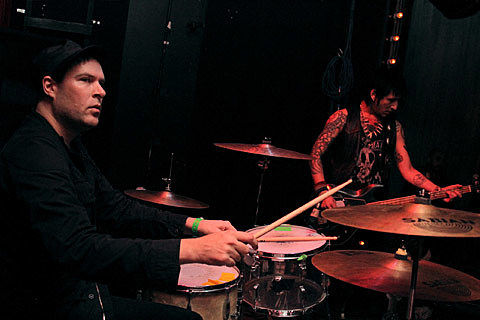 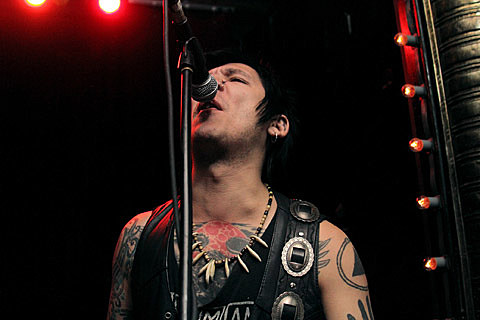 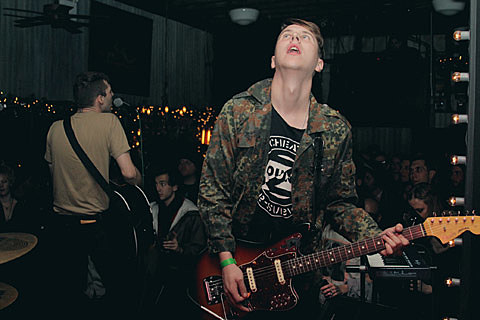 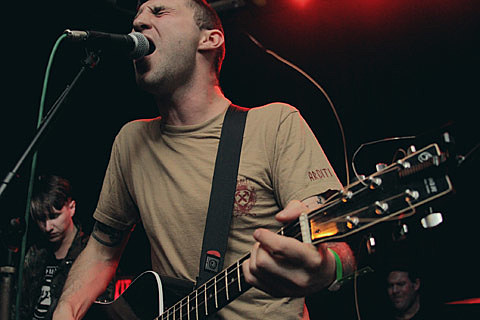 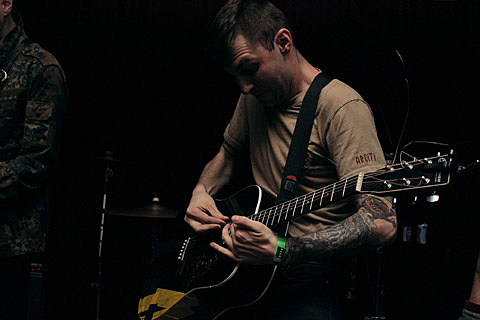 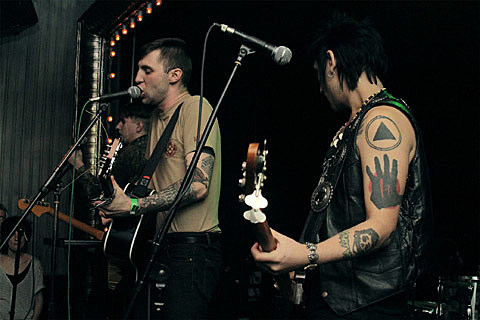