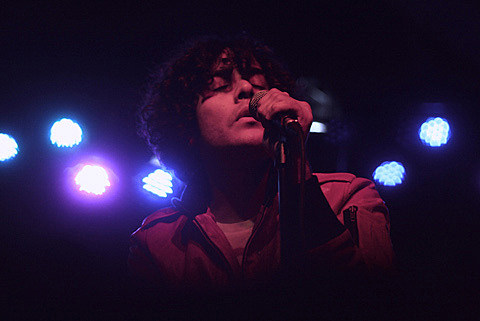 Cults will team with Oberhofer and Puro Instinct to play a show at Music Hall of Williamsburg on April 28th. The show is FREE (16+) but RSVP is required. The show is a shade also more than a month before Cults's East Coast tour that brings them back to the same exact venue on on June 9th. Tickets for that show are on sale. Still no word on how to get into the show Cults are playing at The Box on June 8th.

Oberhofer head out on tour with Neon Indian on May 16th. No NYC dates on that trek, but Neon Indian plays Governors Island on 6/18 as part of The Governors Ball. Meanwhile Neon Alan is readying a new album, says a press release....

"Neon Indian's Alan Palomo has had a busy Winter. He traveled to Helsinki to begin work on the 2nd Neon Indian album, which he's putting the finishing touches on now in New York. Upon his return from Helsinki he was whisked away by the Flaming Lips' Wayne Coyne, resulting in the collaboration EP release The Flaming Lips with Neon Indian.

Today Neon Indian offers the first glimpse at the band's second LP, with a video clip that includes music from the new album. Titled after the first of a three-part instrumental movement excerpted from the upcoming LP, Heart: Attack gives us an initial glimpse into the subzero shores of Helsinki where Alan disappeared to over the winter months in the writing of this record. Shot and edited by Austin filmmaker Sean Lopez.

Currently the new Neon Indian LP has no confirmed title or label yet, but the band promises it will be released in the Fall of 2011."

That video clip, and all Cults, Neon Indian and Oberhofer dates and stuff, below... 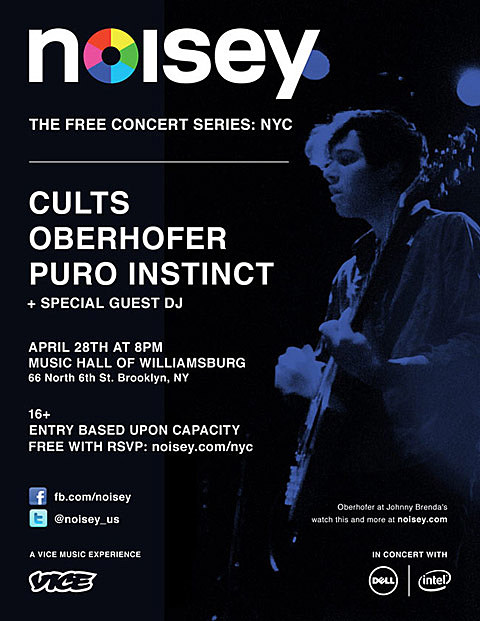