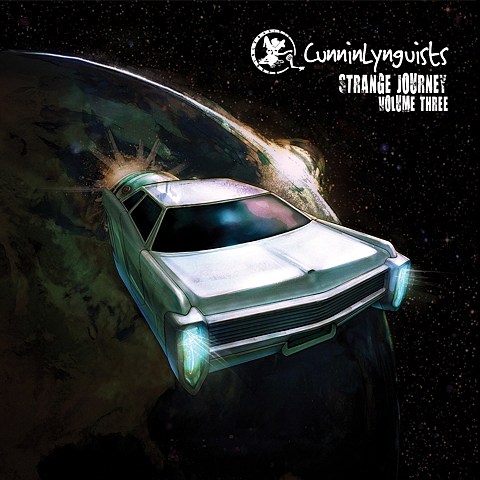 Kentucky rap crew CunninLynguists followed 2011's Oneirology LP earlier this year with a new mixtape. It's the third in their Strange Journey mixtape series, and thus titled Strange Journey Volume Three. It's got a handful of great guests including Del The Funy Homosapien, Aesop Rock, Murs, Blu, Psalm One and Masta Ace. This fall, they'll be heading out on tour in support of the release with J-Live (who's also on the mixtape), stopping in NYC to play The Studio at Webster Hall on November 13. Tickets for that show are on sale now.

All tour dates are listed, with a stream of Strange Journey Volume Three, below...