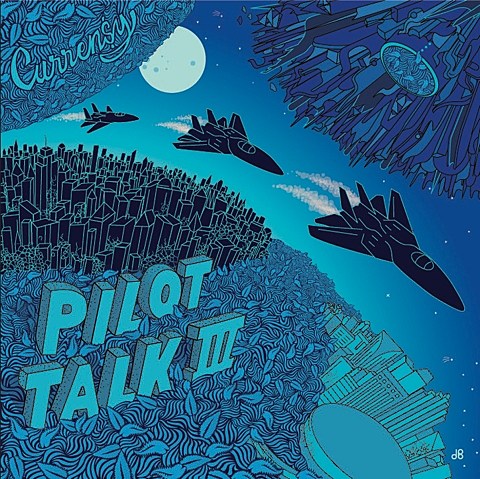 New Orleans rapper Curren$y stays pretty active as a tourer, and he'll hit the road again in November for a month-long run. The tour hits NYC on December 3 at Irving Plaza. Tickets for that show go on sale Friday (10/30) at 10 AM with a Live Nation presale starting Wednesday (10/28) at 10 AM. All dates are listed below.

Earlier this year Curren$y released Pilot Talk III. his first official full length since 2012's The Stoned Immaculate and the third installment in his Pilot Talk series. The first two (which both came out in 2010) were entirely or mostly produced by Ski Beatz, who handles about half the production here and shares duties with Cool & Dre, Joey Fatts, Harry Fraud and Jahlil Beats. Like the first two, it's chilled-out, sometimes psychedelic, sometimes jazzy, and it's great stuff. You can listen to the whole thing below.

Later this year, on December 4th to be exact, he'll be releasing another album called Canal Street Confidential. Lil Wayne and August Alsina are among its contributors, and this new tour is in support of that.

In related news, Dom Kennedy (who was on Pilot Talk II) is on tour now with Casey Veggies and Jay 305. The tour supports Dom's new album By Dom Kennedy, Casey's new album Live & Grow, and Jay's new mixtape Inner City Hero. You can listen to all three below.

That tour hits NYC on November 23 at Webster Hall. Tickets for that show are on sale now. All dates are listed below. 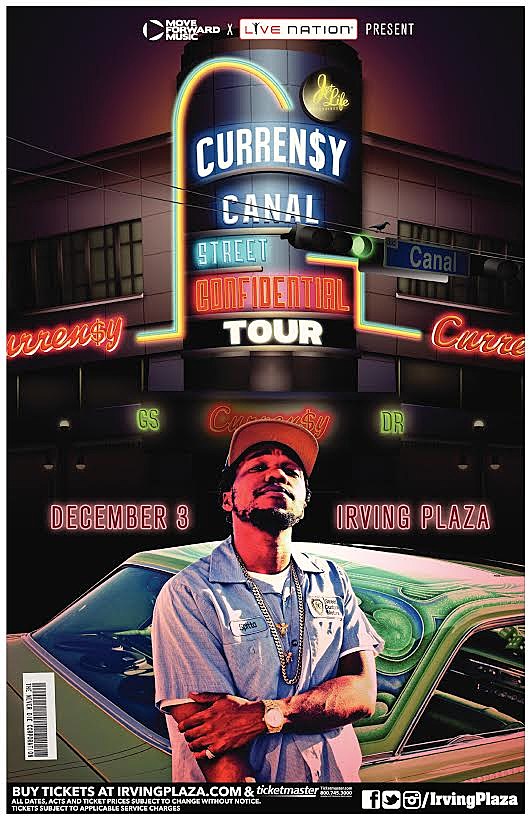