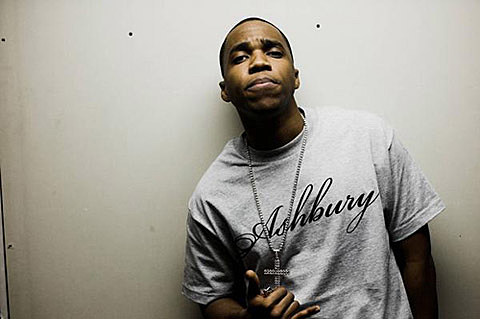 Tons of hip hop shows on the way, from the classic to the new! First up, Curren$y will headline Irving Plaza on June 6th as part of a string of US dates that he has scheduled in May & June (dates are below). Tickets are currently on Live Nation presale, and go on regular sale at 10AM tomorrow (4/6). Curren$y is currently preparing to release his new and entirely Alchemist-produced EP Covert Coup on April 20th and for FREE.

As previously mentioned, Big K.R.I.T. & Freddie Gibbs are on tour and hitting Southpaw later this month.

Raekwon will headline BB King's on April 17th, alongside Ultramagnetic MC's (billed as an exclusive reunion show, I assume that means that Kool Keith is on board much like at ATP New Jersey), MC Eiht, Bushwick Bill (Geto Boys), Chip Fu (Fu-Schnickens), Da Bushbabees, Tanya Morgan, Tony Touch, and many many more including "special invited VIP surprise guests" and the host D-Stroy (Arsonists). Tickets are on sale. The show takes place just four days before Raekwon will team with The Lox, EPMD, Brand Nubian, and Nice and Smooth as part of a Salute to Hip Hop at Best Buy Theater on April 13th. Tickets are still available.

Tanya Morgan has another NYC date too, TONIGHT (4/5) at Southpaw, as the hip hop crew will pair with DJ Neil Armstrong (Jay-Z's touring DJ) for a free, 21+ event.

Speaking of Jay-Z, have you checked out his new "Life and Times" blog? One of his first posts is on Little Dragon.

Keith Murray will similarly team with a gang of 90's hip hop stars at Santos on April 14th. He'll be joined by Lords of the Underground, Group Home, Real Live, Nine, Shabaam Sahdeeq, and DJs Evil D, Eclipse, Kon & Amir, Ralph McDaniels, and many others. Tickets are still available.

Two of the most extreme MCs in hip hop, M.O.P., will hit Southpaw on April 7th with Top $ Raz, Sleepwalkas, and others. Tickets are still available.

Del Thee Funkee Homosapien will hit BB King's on May 1st as part of a round of US dates for the Hiero lynch pin. Tickets are still available. Del will release his new LP Golden Age on April 11th.

Slick Rick is returning to BB King's, as he'll play the venue on May 29th. Tickets are still available.

And last but certainly not least, 9th Wonder and Phonte (aka 2/3 of Little Brother) will join Hot 97's Peter Rosenberg at 92Y Tribeca Wednesday (4/6) night as part of the Noisemakers series, where Rosenberg interviews his guests. Tickets are on sale.