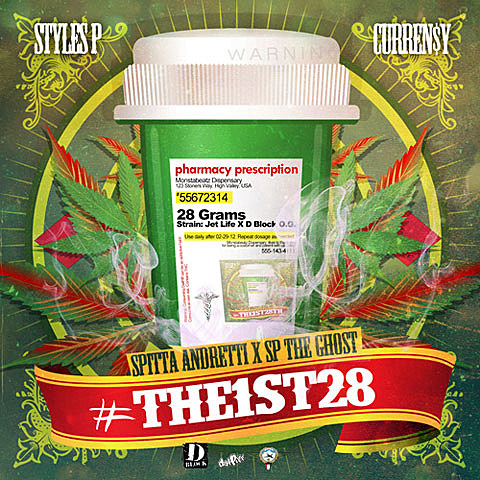 Have you been keeping up with all the mixtapes/albums/EPs that Curren$y has been releasing lately? So far in 2012 he's released the free Here EP, a live instrument album with Sean O'Connell called Muscle Car Chronicles, and just last week he dropped a free mixtape with Styles P, #The1st28. He also plans to release a new full length, The Stoned Immaculate, this spring (did I miss anything?).

In support of #The1st28, Curren$y will be taking Styles P on his 'Jet Life Tour 2012... Direct Flight.' That tour includes an extensive amount of North American dates and hits NYC's Webster Hall on May 31. The full lineup for that show is Curren$y, The Jets, Styles P, Smoke DZA, Fiend 4 Da Money, Corner Boy P, Trademark, and Young Roddy (subject to change). Tickets for the NYC show go on sale today (3/14) at noon.

All dates including SXSW this week and tour flier below...