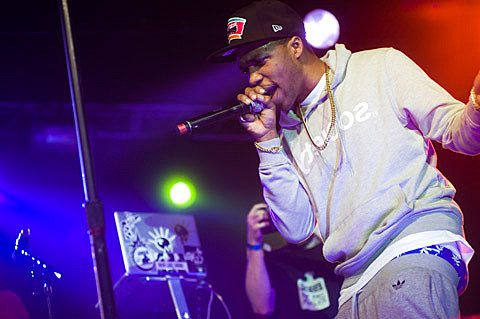 New Orleans rapper Curren$y always seems to be up to something. He released a live EP with Wiz Khalifa earlier this year, and more recently released a free EP with Smoke DZA (prod. Harry Fraud) that features Big K.R.I.T. and French Montana on one track, and can be streamed below. He's also been talking about teaming back up with Ski Beatz for Pilot Talk III.

Curren$y just kicked off a short December tour in Austin last night (12/11), which hits Dallas for a Red Bull Sound Select show tonight (12/12), and comes to NYC for a show on December 21 at BB King's, where also played in May. Tickets for that show are on sale now. All dates are listed below.

Speaking of Smoke DZA, he also has an upcoming show in his hometown of NYC happening on December 18 at SOB's for the Hot 97 holiday party with A$AP associate Bodega Bamz, thrilling Brooklyn rhymer Troy Ave, and more. Tickets for that show are on sale now.

All Curren$y dates are listed, along with that EP stream, below...