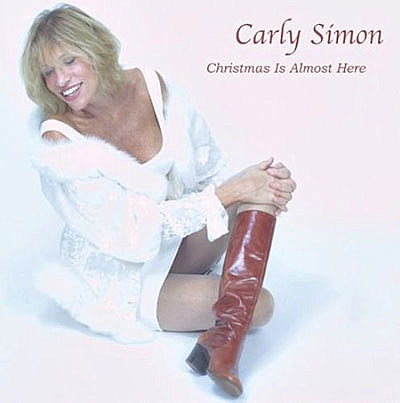 "Lilith organizers are saddened to announce Carly Simon had to withdraw from three Lilith Fair dates (Boston, July 30; New York City, July 31; and Hartford, Aug 1) for medical reasons. Last week, Simon suffered an injury by seriously fracturing and breaking her foot, which will prevent her from performing at these shows. Everyone on the Lilith tour wishes Simon a speedy recovery. Meanwhile, look for information on updated line-ups for these three dates to be announced in the coming days."

That sucks, but note to Lilith Fair: PNC Bank Arts Center is not in NYC!

In freaky related news (or Carly Simon just realized the excuse worked), The Go-Gos cancelled their Lilith Fair dates for almost the same exact reason (and their non-Lilith dates like July 20th at Irving Plaza).

Earlier this month it was announced that Lilith had to cancel 10 dates of the tour, and other artists like Norah Jones and Kelly Clarkson previously pulled out of their shows on the tour.