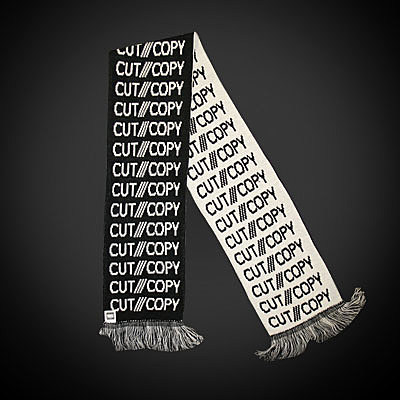 The Vine: The band's obviously gotten bigger since its inception. I believe the biggest show you played was at Lollapolooza last year. Is there a different style that you take when you're playing to that many people, as opposed to a club show?

Dan from Cut Copy: I think there probably is a slightly different style. When a crowd is so big, it's almost like you need to really try and address all of the people that are there. At a club show, you've got people right up in front of you, so I guess you don't need to work quite as hard to get peoples' attention. With such a huge crowd, it's almost like you need to somehow... the guy at the back of the crowd that's thinking about maybe going to see Phoenix, who were on just after us; you have to make sure that guy is still engaged by what you're doing. So yeah I think you've got to work a little bit harder, often, at some of those bigger events to make sure you capture peoples' attention, and keep it.

Like PJ Harvey, Yeasayer, and Queens of the Stone Age before them, Cut Copy have announced a Terminal 5 show today. For Cut Copy it makes three upcoming shows in a row at the large NYC venue. The new date is April 6th and tickets go on sale Friday at noon (with AmEx and CutCopy.net presales happening Wednesday). The previously announced April 1st and 2nd shows are sold out.