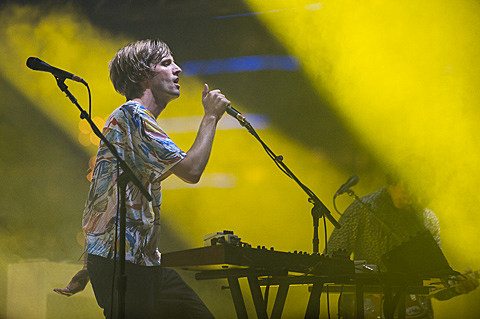 Cut Copy still haven't announced a full North American tour for 2014, but we do know that they'll return to NYC for a show on March 22 at Terminal 5. Since we last spoke, that show sold out, but the band have added another date happening a day earlier (3/21) at the same venue. Tickets for the newly added show are on sale now.

Cut Copy recently played "We Are Explorers" off their new album on Fallon, and you can watch the video of that, along with the updated list of tour dates, below...

Cut Copy - "We Are Explorers" on 'Fallon'