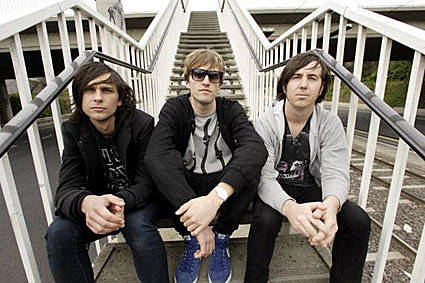 No secret that I love Cut Copy.

From last year's monster teaser "Hearts on Fire" (easily one of the best dance tracks of the year), to the more complicated "So Haunted" all signs of CC's new (DFA's Tim Goldsworthy produced) album In Ghost Colors point to massive (out April 8 on Modular). Stream another killer cut "Lights and Music" on theirspace. Cut Copy announced that single will be released on Tuesday as well as a string of tour dates including LA, NYC, SXSW, and Coachella. If you didn't catch their "So Cosmic" mixtape around the holidays: pick it up now. Of course it's really good. Tour Dates below....