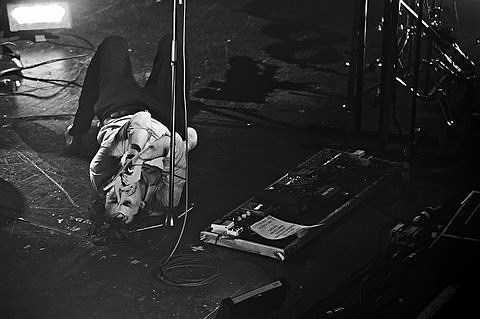 Cut Copy have announced their final US and UK dates in support of the killer Zonoscope, released earlier this year. Much of the tour is being opened by Washed Out, and Midnight Magic who also open for Cut Copy at Prospect Park in August (along with Foster the People). The new dates kick off in NJ on September 13 at Wellmont Theatre and end in late October in the UK. Washed Out and Midnight Magic are both on the Wellmont bill. Tickets go on sale Friday (7/8) at noon.

No new NYC dates, but according to Cut Copy's website, there are five shows missing from the tour announcement that they're not allowed to announce yet. Tickets for Cut Copy's Prospect Park show are still on sale.

Toro y Moi remixed the Zonoscope track "Blink and You'll Miss a Revolution" for the track's upcoming single release. The single will be available digitally on August 9 in the US and as a 12" soon after. Check out the remixed track below. Check out Toro's upcoming dates HERE.

Washed Out are not on the bill for the Prospect Park show, but they are currently on their own headlining tour which hits Bowery Ballroom on July 11 with Blood Orange and Grimes.

All Cut Copy & Washed Out tour dates and the Toro y Moi remix below...