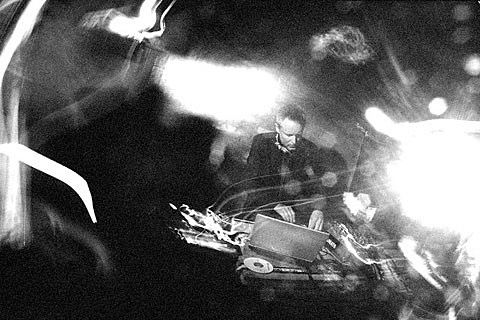 Cut Hands, who you may know as William Bennett of power electronics juggernaut Whitehouse, will play a select set of shows in the US in February. The tour, which mostly focus on the East Coast/Midwest, will kick off in Los Angeles on 2/14 (how romantic!) and eventually make its way to Brooklyn's Public Assembly on February 24th. The show will also feature appearances from Xeno & Oaklander, Pop. 1280, Veiled, & David E. Williams as well as DJs Pieter Schoolwerth, Caleb Braaten & ning nong; tickets are on sale.

Pop. 1280 recently celebrated the release of their new LP, and will play Saint Vitus on March 3rd (tickets).

Meanwhile, power electronics, noise and the avant garde are the focus of the ongoing Hospital Productions curation at The Stone. Tonight (2/3) the space will welcome Hell Hoarse and Luke Moldof + Reuben Son.

Check out a version of Xeno & Oaklander's "Sets & Lights" recorded in London last July , alongside all tour dates below...