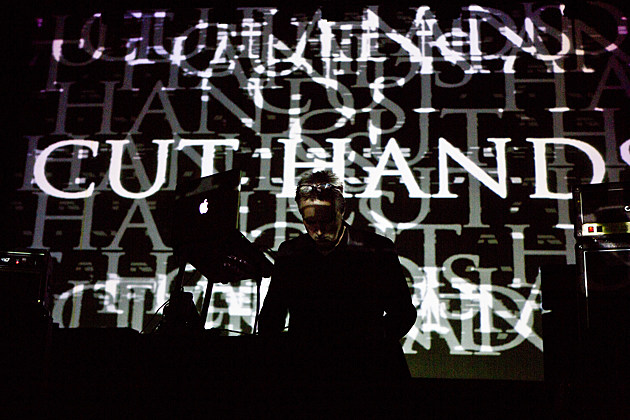 UK musician William Bennett's industrial/noise project Cut Hands is returning to the US for a few shows this month. One is the previously-discussed Warm Up at MoMA PS1 on August 15 with Untold, Ninos Du Brasil, Vessel and French Fries b2b Bambounou (tickets), and he also plays a night show in Brooklyn that night.

The night show happens at Palisades and it's a great lineup all around with the noisy electronics of Container and Ligature (Christopher Hansell from Warthog, Sacred Bones, ex-The Men). Tickets are on sale now. Cut Hands' only other currently-announced US date is in LA. All dates are listed below.