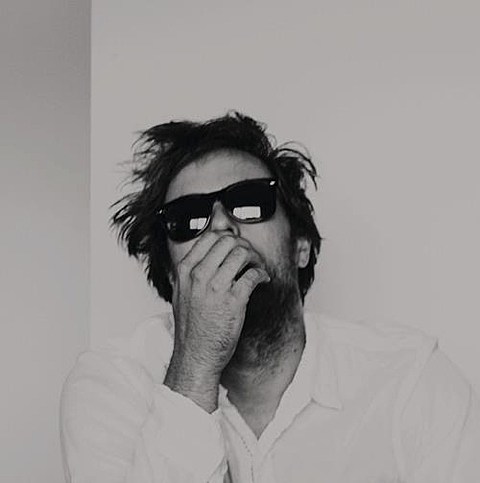 Cy Dune is the new project of Akron/Family's Seth Olinsky, who released his first EP under that name, No Recognize, earlier this year. Opening track, "Where The Wild Things," has Olinsky yelping similarly to the best moments of Akron/Family but with heavy garage riffage in the vein of Blue Cheer blaring in the background. Elsewhere on the EP, he toys with other sounds, like the Lou Reed-ish "Resentment," the ballad-y title track, and percussive interlude, "Impulsive Field Occurrence." You can stream the entire EP, along with the video for "Where the Wild Things," below.

Seth will be taking Cy Dune on tour this September, and for that tour he'll be joined by two drummers -- Greg Fox (who used to destroy the skins in Liturgy, and now focuses on Guardian Alien, GDFX, and Zs) and Andrew Barker (Goldsparkle, William Parker) -- and Mick Barr collaborator Tim Dahl (also of Child Abuse) on bass. The tour kicks off in NYC on September 3 at Pianos with MEMs (featuring Deerhoof's Greg Saunier, along with Ofir Gannon, Greg Albert, and Eliot Krimsk), and also ends in NYC on September 10 at a secret venue. Tickets for the Pianos show are on sale now.

All dates are listed, along with the streams and video, below...

CY DUNE - Where the Wild Things from CY DUNE on Vimeo.

Cy Dune - No Recognize (via Noisey)