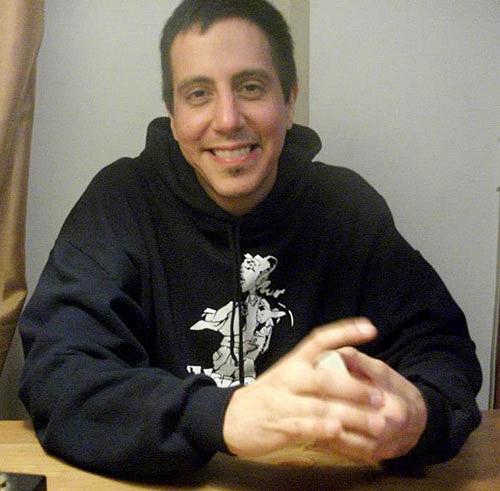 A cyclist who died in a bike accident that is being described as a possible hit and run has been identified as Christopher Meyer, a 32-year-old Greenpoint resident and an employee of Permanent Records. Meyer was allegedly struck in the northbound lane of Meeker Avenue between Frost Street and Manhattan Avenue around 3:53 a.m. Monday morning and was pronounced dead at Bellevue Hospital.

According to Gothamist, there is video of the location of the crash that shows a cyclist hitting a curb and wrecking into the street. From Gothamist:

Investigators are in possession of video footage showing a cyclist riding directly underneath the BQE before hitting a curb and falling into the northbound lane, according to Harry Rosenblum, the co-founder of The Brooklyn Kitchen, who spoke with NYPD Detective Gerard Sheehan earlier today. Rosenblum's business is located at the intersection of Frost Street and Meeker Ave, but Rosenblum said his security camera did not capture footage of a cyclist around the time of the crash.

Before working at Permanent Records, Meyer spent five years working at Sound Fix in Williamsburg, where he also contributed to the newsletter, before it closed on Record Store Day earlier this year. In various news reports, friends have described him as an avid cyclist and a lover of music with a special fondness for heavy metal.

After the crash on Monday morning, police said a hit-and-run had occured.

But the NYPD's Collision Investigation Squad later found that Meyer fell under the Brooklyn-Queens Expressway when his bike's front tire hit a curb, throwing him to the ground, police said Tuesday evening.

We are absolutely devastated to have to tell you that P-Recs employee & fellow Greenpoint resident Christopher Meyer was killed in a bicycle accident on Sunday night. It's a very small & close-knit staff we have here, and we're all really struggling to put our feelings & confusion into words at this time... it's a truly huge loss for us and our entire community. We're still waiting for details on any upcoming memorial services... please let us know if you know anything and we'll pass on details when we have them. Take care of each other, friends.

Our hearts go out to Christopher Meyer's friends and family. Details are forthcoming on a memorial service to be held in Brooklyn. UPDATE: the funeral is Friday 2-4 & 7-9 @ Marinello Funeral Home (493 Middle Country Road, Coram, NY 11249).

If anyone has any information about this incident, contact the police immediately.