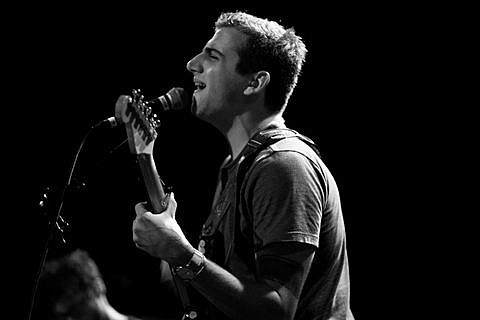 As we've mentioned before, Bob Mould is playing a free show tonight (9/7) at Williamsburg Park where he'll be perfoming Sugar's 1992 debut, Copper Blue, in its entirety front-to-back, as well as a set that spans his career from Husker Du to his terrific new solo album, The Silver Age. What hasn't been publicized so much is that Staten Island indie rock lovers Cymbals Eat Guitars will be opening the show (and not Howler as originally advertised). Doors are at 5:30 PM, CEG are on at 6:30 PM with Bob on around 7:45 PM.

Cymbals Eat Guitars will also open for Bob on upcoming dates in Boston (9/10) and Philadelphia (9/11). If you haven't checked out their most recent album, Lenses Alien, it's quite good and you can stream it via Spotify and watch their video of "Definite Darkness" below.

In other Williamsburg Park news, Saturday is Riot Fest Brooklyn with Gogol Bordello, Descendents, Hot Water Music, The Bronx, Screaming Females, The Menzingers and Larry & His Flask all performing. Doors are at 3 PM and music goes all day and tickets are still available.

Also coming up is a free Jayhawks show at Williamsburg Park on Saturday, September 15 with openers Nicole Atkins and Chris Lee. Doors are 5:30 PM for that one.

Cymbals Eat Guitars video is below.