Quicksand at Bowery Ballroom in August (more by Fred Pessaro) 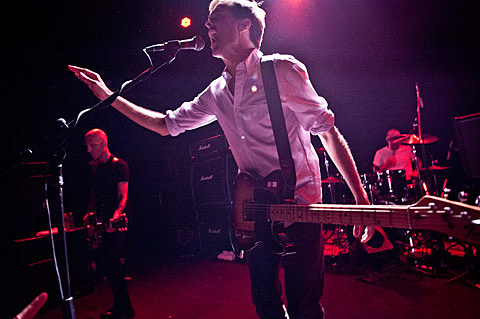 As mentioned, Quicksand are going on a full reunion tour this month which culminates in the band's hometown of NYC on January 30 and 31 at Webster Hall. Quicksand have tapped some pretty great bands to support them on the tour. Single Mothers will open the first leg, followed Title FIght joining Quicksand for a number of dates, and Cymbals Eat Guitars will open the last four dates, including both NYC shows. The first NYC show is long sold out but tickets for the second night are still available.

Meanwhile, Single Mothers have many other 2013 tour dates including a NYC show on March 2 at The Studio at Webster Hall with Big Ups and special guests. Tickets for that show are still available.