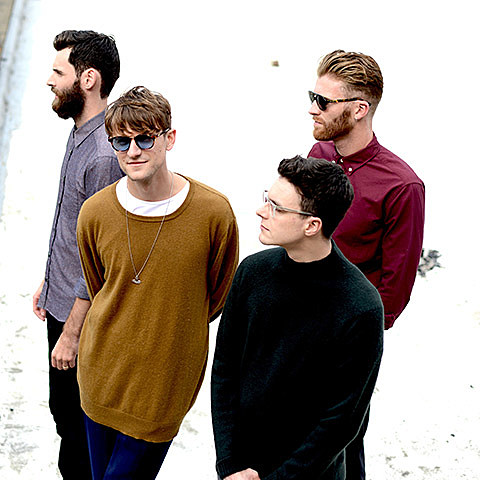 We mentioned before that UK band CYMBALS would be coming over to play SXSW and turns out they're playing two shows in NYC this weekend before heading to Austin and both of them are free. They play an early show tonight (3/8) at Pianos. They're on at 7 PM and before them at 6 PM is Montreal's Seoul. CYMBALS also play Brooklyn Bowl on Sunday (3/9) as part of the It's A School Night series with Seoul again, as well Paperwhite, Marian Hill and Lion Babe. Free with RSVP.

If you haven't checked out CYMBALS' new album, Age of Fracture, it's on the dancier side of Britpop and is not too far off from what Outfit, Hot Chip and Breton are doing. The band just released a video for New Order-ish "Erosion" and you can watch that below and stream the whole album via Rdio.

As for Seoul, the very new Montreal band are worth seeing too, making airy, crystaline pop that's funky and soulful in an '80s kind of way. I enjoyed their set at M for Montreal last year. Stream their song "Stay with Us" below.

CYMBALS' SXSW dates are listed, along with videos and streams, below...