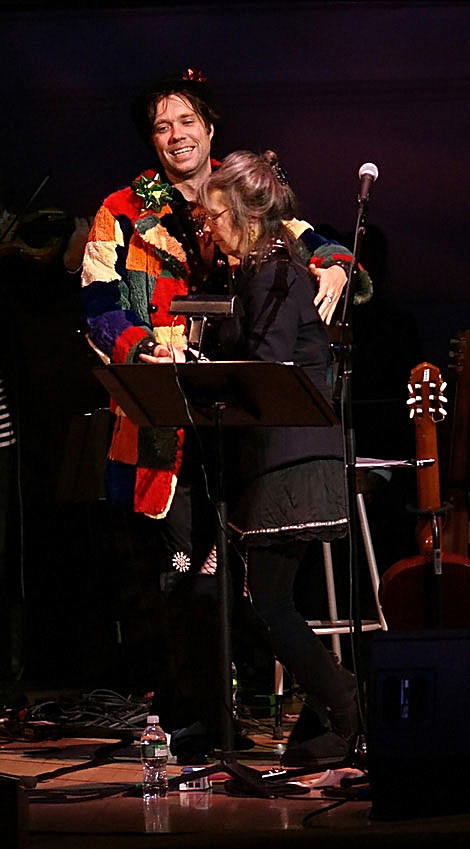 Cyndi Lauper, who hosts her own holiday show at Beacon Theater on 12/6, will join Rufus and Martha Wainwright at the first of their two holiday shows at Town Hall later in the month. Cyndi joins a cast of characters at Town Hall that includes Emmylou Harris, Loudon Wainwright III, Justin Vivian Bond, Cibo Matto, Lucy Wainwright Roche, Sloan Wainwright, and more. Renee Fleming, instead of Cyndi, joins the Wainwrights and friends on the 2nd night. Tickets, which benefit the Kate McGarrigle Foundation, are still on sale for both 12/17 (Cyndi night) and 12/18 (Renee night). Tickets for Cyndi's holiday show, which Sufjan, Emily Haines and many others are also playing, are also still available. Full lineup below.

Speaking of shows Rufus Wainwright is playing that benefit foundations, Rufus is also appearing at a much more expensive show taking place at Cipriani Wall Street on 11/20. At that one he'll be joined by Alexa Ray Joel (daughter of Billy who just announced his 16th MSG residency show), and will be benefiting the Christopher & Dana Reeve Foundation. Christopher's good friend and supporter Robin Williams, who took his own life earlier this year, will be honored at the event. $1500 tickets are available. Hey, it's cheaper than the $100,000 Pacesetter Table option!