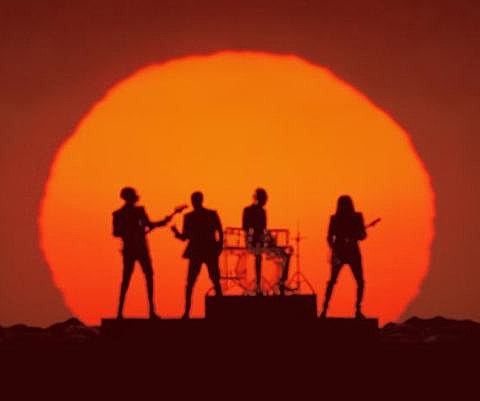 Daft Punk are back, as you know because you don't live in a cave with no internet or cell service, but now it's officially in a big way. The duo's new album, Random Access Memories, debuted at #1 on the Billboard Album Chart, selling 339,000 copies their first week. The single, "Get Lucky," is currently at #10 on the Hot 100.

The National's Trouble Will Find Me did pretty well its debut week two, enough for it to hit #3 with 75,000 copies. Sandwiched in between is former Hootie & the Blowfish singer Darius Rucker whose new solo album, True Believers, sold 83,000 copies putting it at #2. The #4 and #5 slots are held by rapper French Montana's Excuse My French and The Great Gatsby soundtrack.

Still no word on Daft Punk touring plans. What gives?