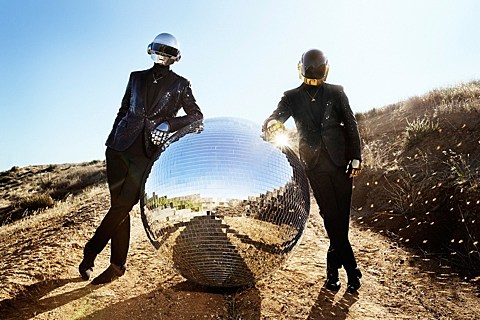 Daft Punk were supposed to appear on The Colbert Report last night (8/6), but anyone who watched knows they didn't, and Robin Thicke did instead.

Apparently the reason they didn't, as Pitchfork points out, is that they are set to make a "surprise" appearance at MTV's VMAs, which happen in Brooklyn at Barclays Center on August 25 with Kanye, Lady Gaga, and more also performing. Free pit tickets went on sale the other day, and not-free tickets also just went on sale.

Meanwhile, on The Colbert Report, Stephen (and friends) did dance to "Get Lucky." You can watch the video of that below...

"Get Lucky" on The Colbert Report