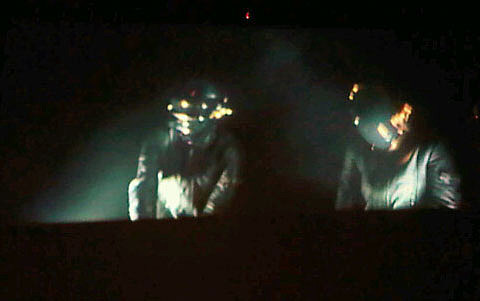 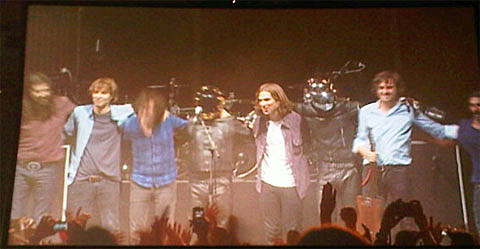 As prophesized, Daft Punk performed with Phoenix Wedneday night at Madison Square Garden in NYC. It wasn't a long appearance - they only came out for the encore to play with their fellow Frenchmen, but it was Daft Punk at MSG! (just in time to help promote Tron during the biggest music week of the year in NYC). Their set included "Harder, Better, Faster, Stronger" mixed into "1901".

Wavves opened the show at the very large venue to lots of empty seats, and then didn't even get to stick around to see Daft Punk because their set time at Purevolume House was 10pm (Daft Punk went on at 10:50). At least at the Purevolume show they probably got to play to a packed house (not downplaying the fact that Wavves got to play MSG, full or not).

Dirty Projectors played second, and according to Andrew Frisicano, they sounded "HUGE".