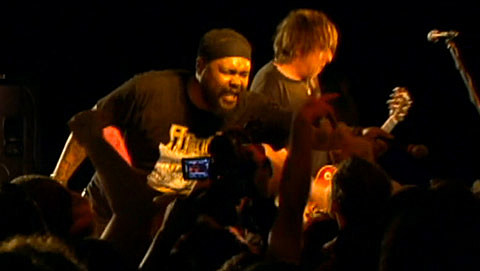 The Salad Days documentary was celebrated over two days in Washington DC, when six hardcore bands of yesteryear reunited to play Black Cat on December 28 and 29. As discussed, the shows featured a reunion of Dag Nasty, along with appearances from Government Issue, Kingface, Black Market Baby, Youth Brigade and Scream. Check out video of all the bands below, including the full Dag Nasty appearance.

Also among the videos below are a pair of appearances from HR (of Bad Brains), who played the BB classic "Right Brigade" with Black Market Baby and "American Justice" with Scream, as well as apperances from Alec MacKaye (of The Faith) and John Stabb (of Government Issue) on a cover of "Steppin' Stone."