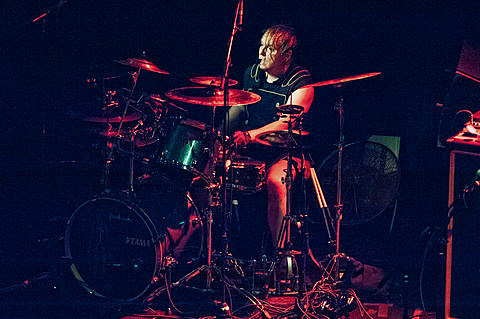 Dinosaur Jr. just keep adding more alternative rock royalty to their upcoming You're Living All Over Me 25th anniversary show, which happens in NYC at Terminal 5 on December 1. They've already announced Johnny Marr (of The Smiths), Kim Gordon (of Sonic Youth), and Al Cisneros (of Sleep), and now they've added Dale Crover (of Melvins) too. Kurt VIle, who carries the torch that those musicians all helped light well, opens the show and tickets are still available.

Dinosaur Jr. frontman J Mascis is also one of the many guests appearing on the third season of Carrie Brownstein and Fred Armisen's IFC show, Portlandia, which returns on January 4 at 10pm ET/PT, prefaced by a pre-premiere episode on December 14 at 10:30pm ET/PT. In addition to J, other guests include Dirty Projectors, Jim Gaffigan, Patton Oswalt, Roseanne Barr, Juliette Lewis, George Wednt and more. You can check out the full list of guests for season three and a video clip of the upcoming season below.

Speaking of Melvins, they're playing a New Year's Eve show in LA at The Alexandria with Redd Kross, who released their first new album since reuniting in 2004 this year. Tickets for the LA show are on sale now.