Hey there internet. We've been spending the last few months working on a rather ambitious and creatively engaging new live show. We've just confirmed the first handful of venues which we plan on putting on that show inside of. Hope to see a few of you there... - [Dale Earnhardt Jr. Jr.]

Anyone who has seen Detroit's Dale Earnhardt Jr. Jr.'s previous live shows know they're already fairly elaborate, so who knows what these spring dates will bring, exactly. But the dates include a stop in NYC at Music Hall of Williamsburg on April 26. Tickets go on AmEx presale today (5/6) at noon with the regular on-sale hitting Friday (5/8) at noon.

No word of a followup to 2011's It's A Corporate World but there must be something in the works to prompt these shows. In the meantime, you can watch their video for "We Almost Lost Detroit," below. 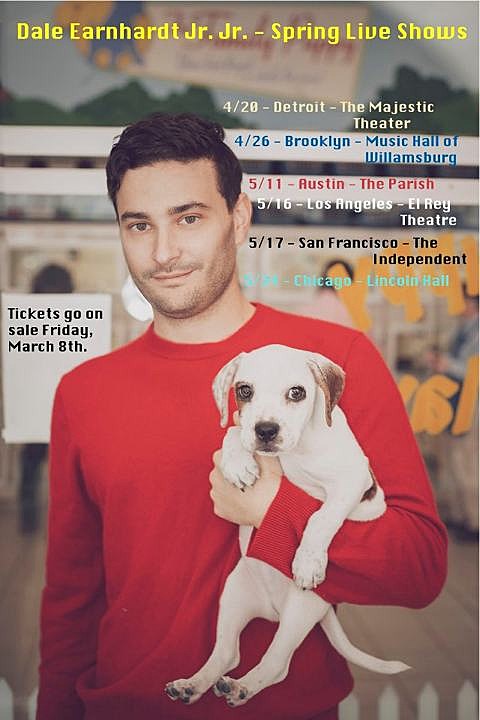