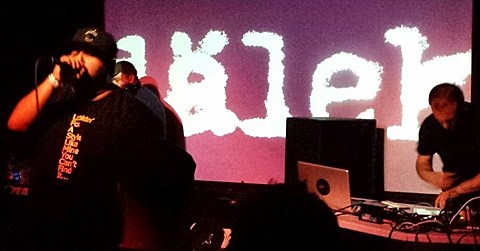 Industrial rap group Dalek are back and played Brooklyn's Saint Vitus last Friday (7/17) with cleanteeth, Azar Swan and FInal Boss. That's a picture from the show above -- did you go? How was it?

Now the group announced a short August tour with the Relapse-signed Publicist UK. That tour brings them back to Saint Vitus on August 24, and it once again has Azar Swan on the bill. Tickets for that show are on sale now.

All tour dates are listed, with the band's recent video for "Masked Laughter (Nothing's Left)," below...