Dallas' Upsetting are releasing a new EP called A Cold, Lonely Place in August, and we're premiering lead single "Scrooged Starring Bill Murray." Other songs on the EP have titles like "Home Alone 6" and "Where's the Ejector Seat On This Thing?", and Upsetting may like funny song titles, but their music is no joke. "Scrooged Starring Bill Murray" mixes yelping, earnest emo-pop with heavy, sludgy shoegaze, making for a contrast that's more drastic than your average blend of emo and shoegaze.

"'Scrooged' has been a very cathartic song to record and perform coming out of the pandemic," the band tells us. "The song focuses on the isolation and guilt that results from being detached from your loved ones for extended periods of time. You lose track of those relationships, finding more and more reasons to dissociate and cut off communication because it all starts losing meaning. And sometimes the people you thought you were close with last time you spoke/met have since moved on, or have evolved into a different version of themselves that you don't feel as connected with. It can leave you feeling like a ghost of a person."

"'Scrooged' will be the introductory song for our upcoming EP, A Cold, Lonely Place because it ties together the theme of the overall album with the temporal relevance of what it feels like to try and socialize after a year and a half of being/feeling alone." 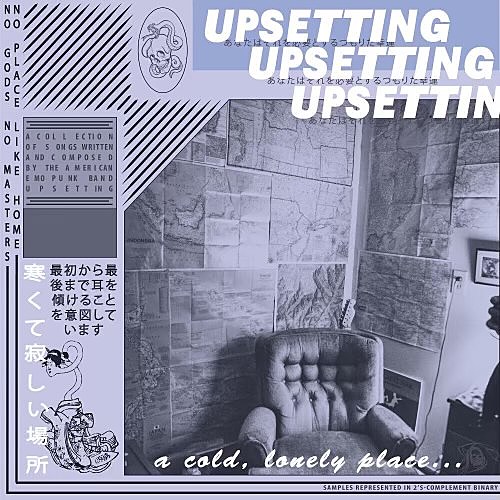 Listen and/or subscribe to our playlist of all 30 songs:

Filed Under: Upsetting
Categories: Music News
Comments
Leave A Comment
Back To Top