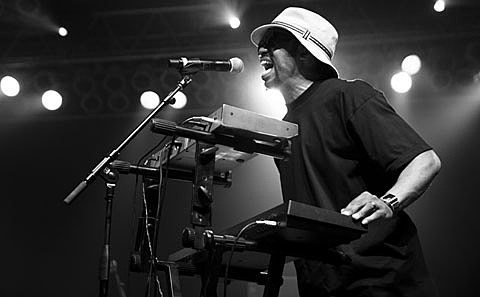 Dam-Funk and his live band Master Blazter are heading out on a North American tour later this month and again in October. The first leg is on the West Coast and includes stops at MusicfestNW, Bumbershoot, and a Bumbershoot after party at Exhibition Hall in Seattle, WA with Flying Lotus and Four Tet.

After a break, Dam-Funk will continue to tour the US and Canada and stop in NYC on October 25 at Highline Ballroom. Matthewdavid, who cancelled his last NYC show is on the bill. Hopefully he'll make it out this time. Tickets for the NYC show are on sale now. All dates are listed below.

In other Dam-Funk news, he recently released a free mix for CLAE Shoes. You can stream that below. Jay-Z's website also posted a video from Dam-Funk's Rocks Off Cruise from May 30. That's available below too.

Speaking of Four Tet, he's got a Fabric mixtape coming out on September 19, Fabriclive59. The mix includes tracks by Manitoba (aka Caribou), Burial, and many others. Its also got three Four Tet tracks and one Four Tet remix. Stream one of those tracks, "Locked," below. Four Tet will go on a short DJ tour to support Fabriclive59 which includes the launch party at Fabric in London with Caribou, Jacques Greene, Lunice, Lone, and others. He's got other upcoming dates too including EMPAC Studio 1 on September 15 in Troy, NY with Jon Hopkins.

Four Tet also contributed a remix of Radiohead's "Separator" to their remix 12" series. Stream that below.

All tour dates, streams and videos below... 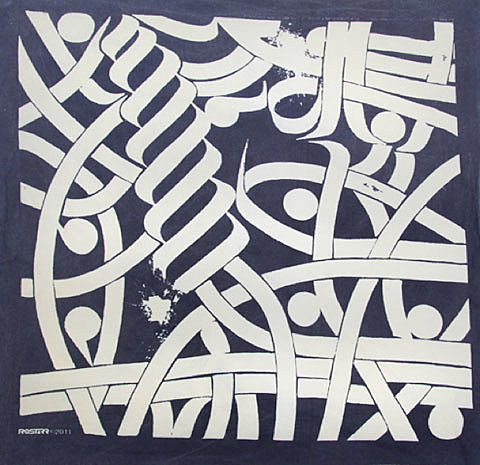