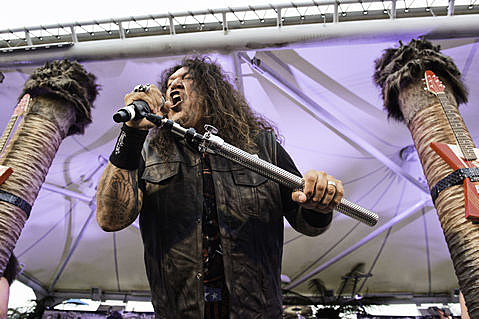 A couple of stacked east-coast hardcore/metal festivals have recently announced their lineups. First up, Damaged City Fest will take place in Washington D.C. from April 10-12. It will feature UK-based The Mob, Canada's Career Suicide, DC's Coke Bust, PA's Hounds of Hate, NJ's Razorheads, and NY-based Warthog and Ajax, among many others. Those last few bands, along with DC's Red Death, who will also be making an appearance, were featured in our hardcore roundup last week. Ticket info and more bands TBA. Full initial lineup below.

The following weekend, Worcester, MA will play host to the more metal-centric New England Hardcore and Metal Festival on April 17-19. The lineup is pretty huge, with classic thrash like Testament, Exodus and Nuclear Assault joining more current popular bands like Between the Buried and Me and more exciting underground acts like Nails, Wisdom in Chains and Homewrecker. Tickets are available now in either three-day packages or for individual days.

Check out the initial lineups and flyers for both fests, below... 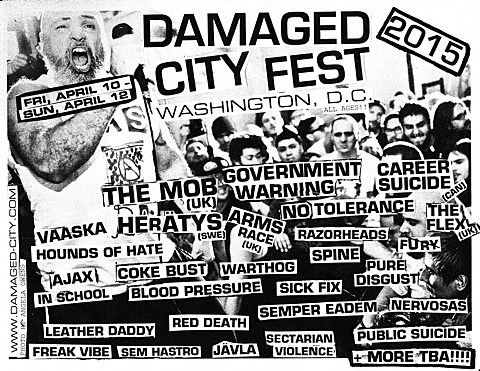 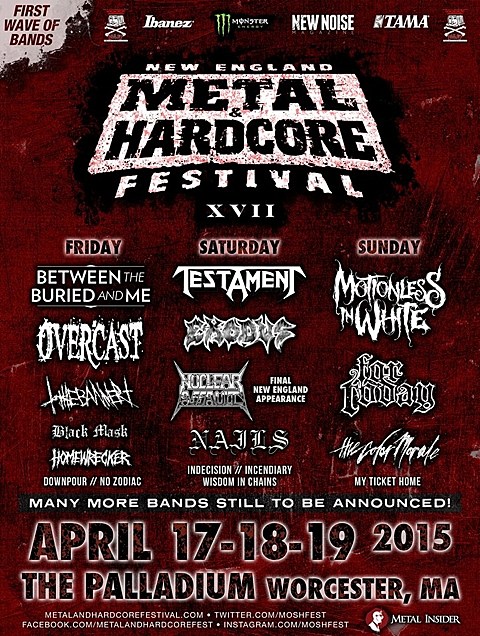