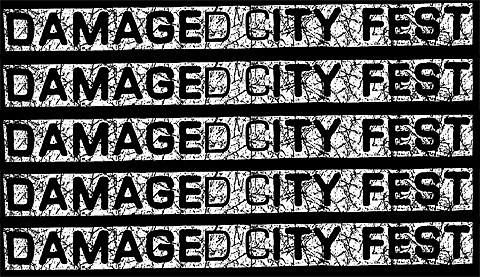 DC's Damaged City Fest has been announced for middle April, with some overlap of bands scheduled for NYC's punk fiesta New York's Alright. Look for names like Culo, Coke Bust, Double Negative, Dropdead, No Tolerance (who's members play with Rival Mob soon), Negative Approach, Night Birds, Prisoner Abuse, Tenement and many many more. Full lineup for the festival, scheduled to take place at long-time DIY space St. Stephen's Church on April 12 and 13, is below. Tickets are on sale.

Speaking of Wisconsin band Tenement, look for them to hit Grand Victory on April 11 with touring partners Night Birds, Marvin Berry & The New Sound and Dipers. Tickets are on sale. Stream a few Tenement songs, including their split with Culo, below.

In other news, Night Birds are prepping a new split for Fat Wreck Chords. Look for the four-song EP Maimed for the Masses via the label on May 7, with the title track providing a primer for the band's forthcoming LP Born To Die In Suburbia due on Grave Mistake this summer.

In more punk news, for a taste of what' you're in for at New York's Alright 2013, head to 285 Kent tonight (2/1) where Who Killed Spikey Jacket? will team with Sad Boys, Perdition, Goosebumps and Murderer. Four of the five bands scheduled for tonight will perform at the festival which happens in April.

Check out the DCFest lineup, as well as song streams, below.