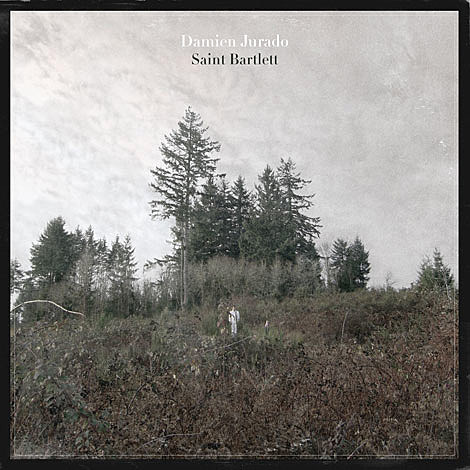 "i am still awaiting the release of saint bartlett. soon. may 25th. i am excited and also anxious. it's wanting both, to go out and promote it and also stay at home. it's not how things work though. i'm going to be completely honest. over this past year, i wanted to hang this up. at least the going out into the world part. it was a lot that caused this. my deep growing love and devotion to my son, who is getting older. we have conversations all the time. he understands more. we teach each other new things daily. any day that i am not near him, is heart breaking. "the other part of me" is absent. he is encouraging in my pursuit of music.. well, so long as it's done at home. understandable. another thing that made me consider a change was the joy i felt being in the studio with richard swift. for the first time in my years of playing music, i felt able to really look at the songs for the first time. this is kind of vague. i am not even sure how i begin to explain it. picture a bird, for the first time walking on the edge of a tree limb and jumping. the bird's wings open as it is diving towards the ground, and just before it hits the ground, with the help of his own wings, he is taken to the sky. does this make sense? freedom. it's how i felt about the new songs. about the songs that i have still been writing. about my time in the studio with richard. about my time with him, talking about music and playing records. seeing his un dying devotion to his family and his music career. i left the studio no longer feeling "outside" or apart from other well known songwriters. i now see myself beside them. arm in arm. or at least near them. so here i am now. standing in this line. mentioned in the same breathe as those other musicians. considered a legend of my own time. i don't think that. some in the press said it. i'm fine with it. ...where am i going here? i guess it's to say, that i'm happy about my future and the songs. it's just getting out the front door first. or making it to the edge of the tree limb, to make a flying leap." [Damien Jurado]

Damien Jurado's new album Saint Bartlett will be released by Secretly Canadian on May 25th. Check out the sweet song "Arkansas" from that album above. And Damien will get out the door at least one more time. All tour dates still TBA, but tickets are now on sale for a June 17th NYC show at Mercury Lounge and for one the very next day (6/18) at Littlefield in Brooklyn. Both shows are with Kay Kay & His Weathered Underground. Caleb Engstorm is also listed on the Manhattan show. The new album's tracklist is below...